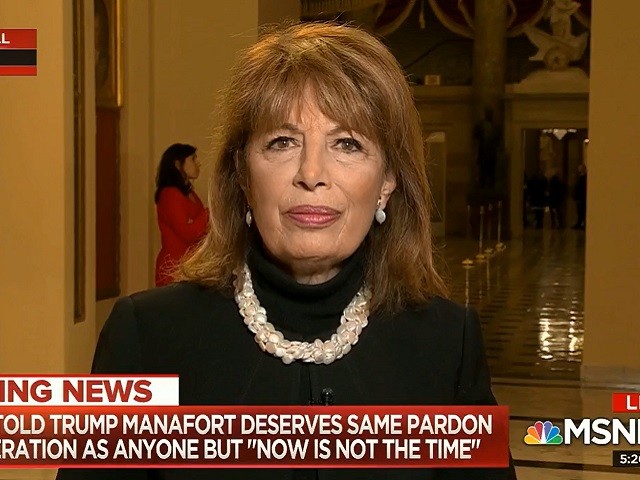 On Tuesday’s broadcast of MSNBC’s “Hardball,” Representative Jackie Speier (D-CA) stated that the latest developments suggest that Paul Manafort “may have even committed treason, when all is said and done.”

Speier said, “I think what it’s also suggesting is that Manafort may have even committed treason, when all is said and done. I mean, this is all becoming very clear. The president became manic with his tweets after he submitted his answers to questions by the special counsel, and I’m beginning to wonder if there were answers that he gave that now would suggest that maybe he wasn’t being as truthful as he should have been. But clearly, Manafort has been not at all reluctant to continue to lie after he cut a deal with the special counsel, and he’s seeking a pardon. And what he doesn’t appreciate is that he still has state court to deal with as well.”