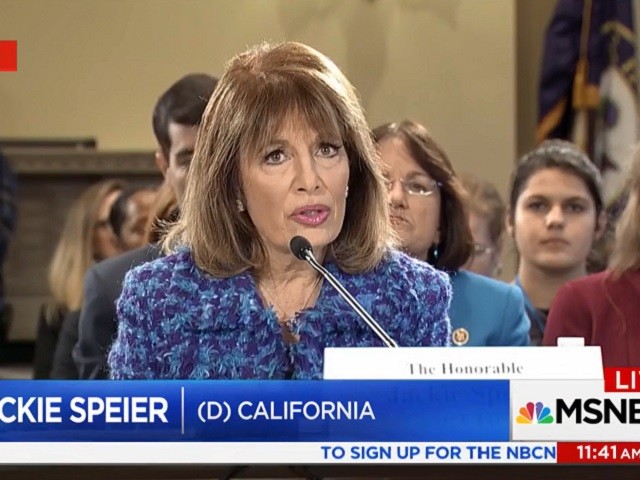 Friday on MSNBC’s “The Beat,” Rep. Jackie Speier (D-CA) replied in the affirmative about her belief that President Donald Trump was bought by Russian President Vladimir Putin.

When asked if Putin bought Trump, Speier said, “I think he did. I mean, one of the elements of kompromat, which is the Russian word for, you know, getting something on somebody, is sometimes you just pay them so that they are indebted to you. That mansion in Florida that Rybolovlev actually purchased from Donald Trump, during the hight of the recession, it was a $45 million increase in value, he never saw the property and yet made that kind of an accelerated and extensive payment to him. I think was all part of a deal that was concocted by Putin.”