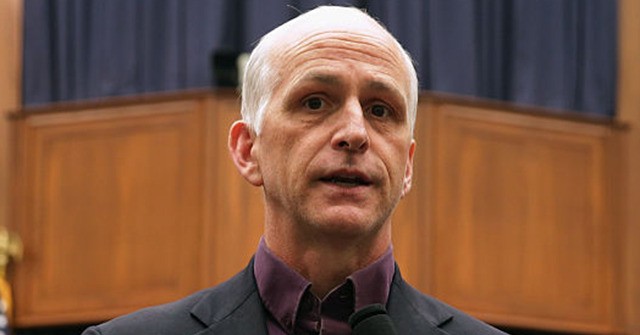 On Monday’s broadcast of the Fox News Channel’s “Special Report,” Rep. Adam Smith (D-WA) stated that his biggest takeaway from allegations by Special Counsel John Durham is that “we’ve got real problems” on things like inflation and the impact of not having normal social interactions on children and that he hopes “we can also stay focused on the issues that are really impacting people’s lives right now.”

Smith said, [relevant remarks begin around 3:00] “Well, the number one biggest thing that I make out of this, and I will directly answer the question in a second is, we’ve got real problems in this country right now. Certainly, as we’re trying to come out of a pandemic, inflation, the impact on the economy, our kids has been well documented for two years, not having the normal social interactions and things that we need to address. The constant back-and-forth over the Trump years and all of that, you know, I hope we can also stay focused on the issues that are really impacting people’s lives right now.”

He continued, “Now, off the top, and I wasn’t directly prepared for this, remembering back to that whole conversation, two things: One, there was a legitimate Justice Department investigation going on about the Russian attempts to interfere with our election in 2016. Some of that investigation crossed over into people that were not just linked to the Russians, but also had links to Trump, Paul Manafort and others. Second, Hillary Clinton was running a campaign. Donald Trump was running a campaign. Donald Trump was using the email scandal against Hillary Clinton. And I’m sure Hillary Clinton thought that there were links between Trump and Russia, if they could find out what those links were, that’s part of it.”

Host Bret Baier then cut in to ask, “I’m not going to go down this road too much because I know you haven’t read all the filings. But we’re talking about here a campaign that infiltrates a computer system and creates a narrative and then does so, according to this filing, for the president-elect of the United States. That’s a different kettle of fish, isn’t it, Congressman? And if you go back and you look at what was being said at the time and how many people were saying Russia, Russia, Russia, and the coverage, if you look at it in the context of this filing, it’s a much different thing. I get your preamble, we’re covering all of that and the concerns that are facing this country, but this is a big deal, isn’t it?”

Smith responded, “Well, again…let’s see. I don’t know. I mean, this is alleged. We’ve got go in and figure out exactly what is there.”

Smith concluded that making things up about your political opponents isn’t unique to people who oppose Trump, and “I’m going to figure out exactly what’s going on here before commenting on the current speculation.”