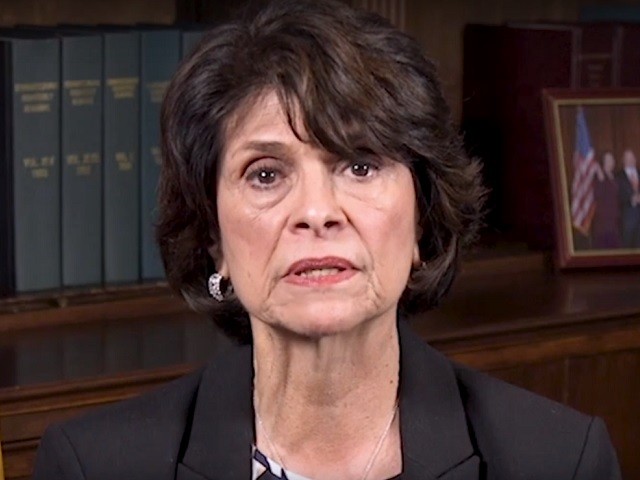 During Friday’s Democratic Weekly Address, Representative Lucille Roybal-Allard (D-CA) said Republicans “have the responsibility and the power to keep our government open.”

“Hello. I’m Congresswoman Lucille Roybal-Allard of California’s 40th Congressional District, and I serve as the top Democrat on the House Appropriations Subcommittee on Homeland Security.

Appropriators understand we have a critical responsibility that transcends politics: to keep our government funded, so it can serve the needs of the American people.

Unfortunately, House Republicans and the President have – once again – walked away from that responsibility. Due to their obstruction and failure to govern, Republicans are driving our nation to the brink of another disastrous government shutdown – at a time of great economic uncertainty, and right in the middle of the holiday season.

Here’s the bottom line. Republicans still control the House, the Senate, and the White House. They have the responsibility and the power to keep our government open.

But this week, before the eyes of the American people, President Trump declared that he’d be ‘proud’ to shut down the government, saying ‘I will take the mantle. I will be the one to shut it down’ if he cannot force American taxpayers to spend billions of dollars on an immoral, ineffective and expensive wall.

Democrats support a strong homeland security policy, that protects our borders and honors our values as a nation. Yet, the President is proposing squandering $5 billion on this border wall – when our nation has so many homeland security vulnerabilities that, if left unaddressed, threaten the safety of the American people.

We need more funding for the Coast Guard’s air and sea fleets, including to pay for the first heavy icebreaker since the 1970s – because, as the Arctic ice recedes, Russia, China, and other countries are winning the race to lay claim to the vast resources of that region.

We need thousands of additional customs officers to help intercept illicit drugs and other contraband, almost all of which comes into our country through the ports of entry.

And we need to be investing more in first responder grants to better prepare states and localities to prevent and respond to terrorism and disasters of every kind.

These critical national security needs cannot be met if we waste $5 billion on an unnecessary and ineffective border wall.

On January 3, Members of Congress will take an oath: to support the Constitution and protect the American people. Democrats are ready to honor that oath on Day One.

And if Republicans do steer our nation into a Trump Shutdown, we will swiftly pass the remaining appropriations bills with a CR for Homeland Security to re-open the government.

On Election Day, the American people spoke, and demanded a government that would work for them.

House Democrats are ready and proud to deliver For The People: lowering their health costs, increasing their paychecks, cleaning up corruption, and protecting our national security.