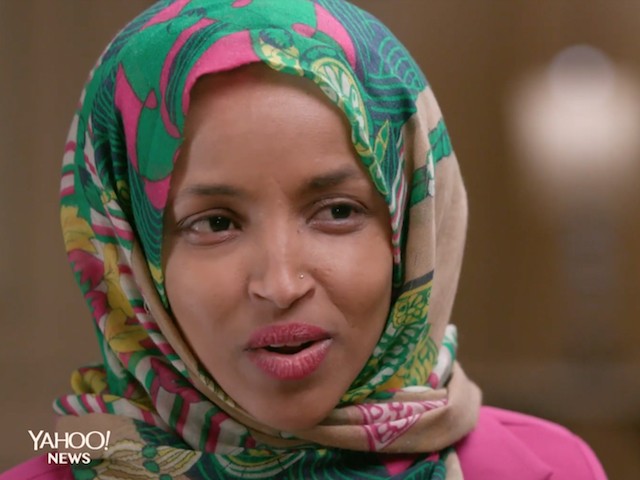 When asked what America could do to help resolve the Israeli–Palestinian conflict, Omar said, “By having an equal approach to dealing with both. Most of the things that have always been aggravating to me is that we have had a policy that makes one superior to the other. And we mask it with a conversation that’s about justice and a two-state solution when you have policies that clearly prioritize one over the other.”

She added, “Just our relationship with the Israeli government, the Israeli state. When I see Israel institute law that recognizes it as a Jewish state and does not recognize the other religions that are living in it, and we still uphold it as a democracy in the Middle East, I almost chuckle.”