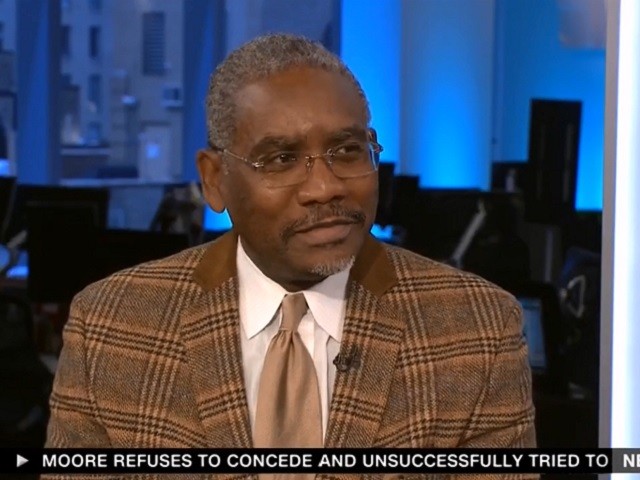 On Tuesday’s broadcast of CNN’s “Wolf,” Representative Gregory Meeks (D-NY) reacted to President Trump saying he is a “nationalist” by saying such rhetoric, “reminds me of the kinds of words that came from people like Hitler,” and is “very dangerous language that we must be very cautious about.”

Meeks said, “My first reaction to that is a synonym to a nationalist is a chauvinist, and that apparently is what this president is. And to say that we are better than or — you know, it reminds me of the kinds of words that came from people like Hitler, who thought that in Germany he was a nationalist, and the kinds of people that this president seems to like, and those who are repressive dictators, those are the individuals that generally use that kind of phrase and those kinds of words. Whether you’re looking at Mr. Putin, whether you’re looking at what has taken place with the king of Saudi Arabia now, all of those individuals — or Kim Jong-un, they are individuals who keep within their societies and not working with others outside of their societies and suppress individuals within those societies to win the goals of what they’re looking for. So, those are very dangerous words, but I think it reveals who we know this president is.”

He added, “Well, what I’m saying is that using the word of nationalism and a nationalist, meaning that — you know, when you look into Hitler, he was talking about German for the Germans, and that’s it, and anyone else was against them. And so, it seems as though that this president is saying that it is only about Americans and Americans above anything and anyone else. And that is a dangerous precedent.”

Meeks further stated that he doesn’t see parallels between Trump’s words and Hitler’s actions, and “What Hitler was saying about nationalism, you know, those socialist heads of states back then, what he was saying, what was able to gear the people up so that they could do what they did and how they led was using language like that. That’s how they built themselves up to be the dictators that they were. And so, I’m saying that that language that the president is utilizing is a very dangerous language that we must be very cautious about.”