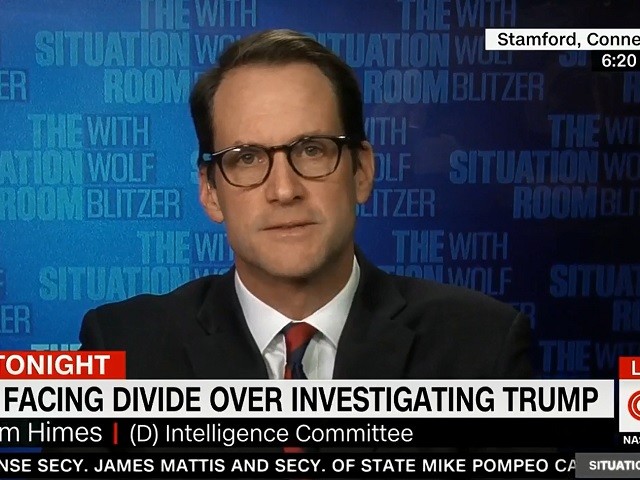 On Monday’s broadcast of CNN’s “Situation Room,” Representative Jim Himes (D-CT) said Democrats are “heading into a messy early January” due to the battle over whether House Democratic Leader Nancy Pelosi (D-CA) will be the speaker.

Himes said, “Well, you know, we’re heading into a messy early January. Because it would appear from that letter, that this group has enough members to prevent Nancy Pelosi, who will get the majority of the caucus vote to be the speaker, from actually becoming the speaker on the floor.”

He continued, “[T]here’s a whole conversation to be had about whether the Democratic leadership is changing fast enough. … That’s a very fair conversation to have, but I’ve been encouraging people I know on that letter to ask themselves, you know, what — then what’s the plan? You know, no one has emerged to challenge Nancy Pelosi, which would be the right way to actually set up a leadership race. And do they imagine that if they prevent her, as maybe they can, from becoming speaker, whoever is behind Nancy Pelosi in that instance comes in to a unified caucus?”

Himes further stated, “So, anyway, I — we’ll see how this all plays out. There’s a lot of time between now and the new year’s, when we’re taking this vote. But it does seem to me that this is, I guess the right analogy is, this is a pretty ugly game of chicken that is being set up, in a way that could damage something that I think needs to be really, really supported, which is Democratic unity.”

Himes also refused to make a public commitment on whether or not he’ll support Pelosi until the New Democrat Coalition talks to all leadership candidates.