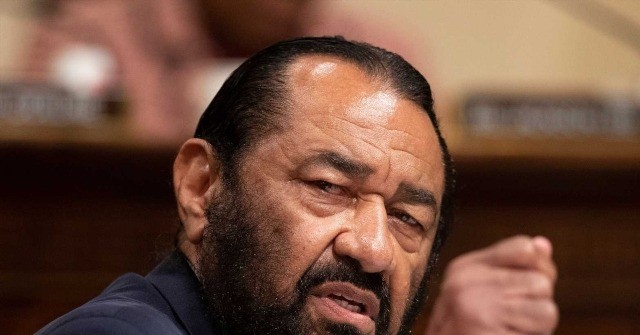 In the wake of Rayshaud Brooks’ death recently in Atlanta and George Floyd’s death in Minneapolis, both incidents involving law enforcement, Rep. Al Green (D-TX) took to MSNBC to call for the establishment of a “Department of Reconciliation.”

Green, on Saturday, said having a secretary of the Department of Reconciliation would work to “eliminate racism and discrimination in this country.”

“Black lives just don’t matter as much as white lives,” Green argued. “And this is something that can only be cured by quick reactions from mayors such as what the mayor of Atlanta has done. She’s done the right thing. And also, we have to have speedy arrests and speedy trials. This will help. But in the long run, we will have to reconcile. We have not reconciled our differences in this country. We are still in a state of amnesty at best, wherein we are still trying to determine what our status is in this country. We ought to, at some point, reconcile. This is why I have introduced legislation to have a department of reconciliation with a secretary of reconciliation that reports to the President of the United States whose job it will be to develop a strategy and implement the strategy to eliminate racism and discrimination in this country.”

He continued, “We survived segregation, but we have not reconciled. It is time for us to start that process. And there is no better place to start than having a secretary of Reconciliation, whose job it will be to push the process forward. We have to start there.”

Green urged both Democrats and Republicans to support his idea to create a Department of Reconciliation.

“We need a war on racism and invidious discrimination in all of its forms,” he declared. “All of the invidious phobias we have got to fight them. We have got to fight antisemitism. We have got to fight all of the things that separate us because of who we happen to be, and we have not committed any crime. This is the time for us to start with the department. I am going to push it. My hope is that Democrats will support it, and Republicans will support it. We have some good support thus far. But whether people support it or not, we have to do the right thing. We did the right thing when we brought articles of impeachment to the floor of the Congress for a vote. I am going to push this.”