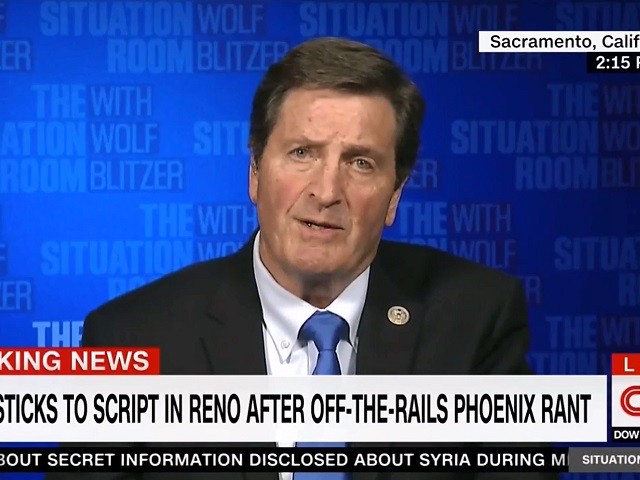 Wednesday on CNN’s “The Situation Room,” Rep. John Garamendi (D-CA) said women should “be outraged at what these white men senators are doing to this woman,” referring to Brett Kavanaugh’s accuser Dr. Christine Blasey Ford by insisting that she testify by Monday.

Garamendi said, “Women for decades have faced this situation. They have always when they come forward with an accusation of assault or rape. They become the victim in the hearing. And we have to put a stop to that. Women across this nation should be outraged at what these white men senators are doing to this woman. This woman needs a fair hearing, as every woman does who brings forth a charge such as Professor Ford is bringing forth.”

He added, “I would expect to see the women representatives in the House of Representatives rise up in anger and disgust at what the Senate Republican men are doing. Ramming through this hearing without an adequate opportunity for Professor Ford to gather together the witnesses that she may need, that the public needs, that the Senate needs, and the investigation that can be done by the FBI. I would expect the female members of the House of Representatives joined in by members such as myself to march over to the Senate and to protest loudly and clearly on behalf not only of Professor Ford, but on behalf of the women of America who have faced sexual assault and who have been denied the opportunity for their case to be fairly adjudicated.”