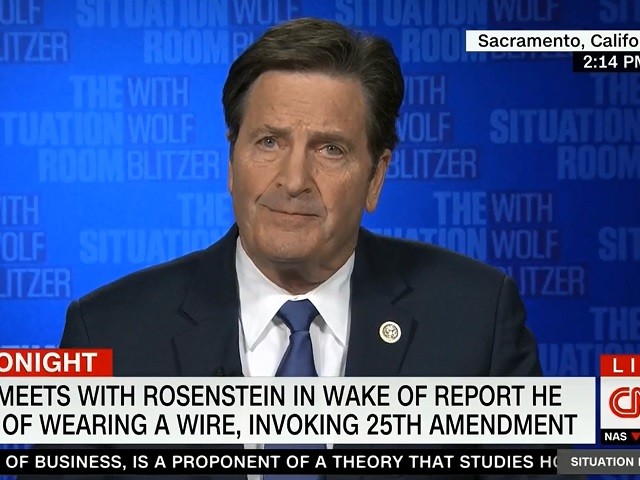 On Monday’s broadcast of CNN’s “Situation Room,” Representative John Garamendi (D-CA) stated that impeaching Supreme Court Justice Brett Kavanaugh doesn’t make sense, none of the Democrats he’s talked to want to impeach, and “the impeachment of Kavanaugh has no meaning” to his constituents.

Garamendi responded to a question on whether President Trump is correct that Democrats want Kavanaugh impeached by saying, “Well, in all of the discussions I’ve had, which have been several, with key people in the party, not with the Democratic leadership in the House, but others, no. An impeachment does not make any sense, in the near term, or off into the future. Rosenstein’s going to be there. The chances of an impeachment ever coming to pass, both in the House, as well as in the Senate, is nil, not going to happen. So why waste our time on that? There are critical issues that we need to turn to.”

He further stated, “So, if we are to take back the House, we’re going to focus on things that are meaningful to the families of America. And the — I can assure you that the impeachment of Kavanaugh has no meaning to the people I’ve been talking to out here in California, in this red, purple district that I get to represent.”