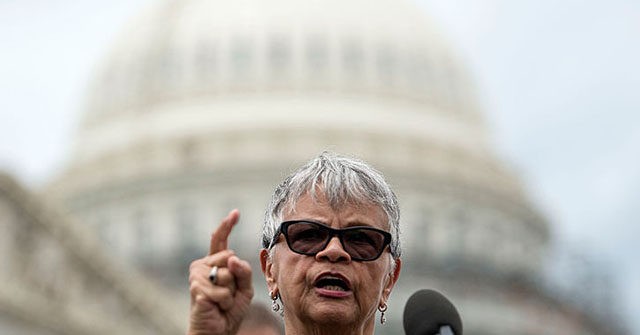 Coleman said, “I pray that this lawsuit achieves accountability and consequences. I believe that this lawsuit is going to result in Donald Trump and Giuliani and the Oath Keepers and the Proud Boys and the folks associated with them that had collaborated to the point with all of their falsifications after the election of who won, with stoking people up, with planning this day on January 6th, that they’re held accountable for it.”

“I hope that we recognize through this effort also that this was an overt, intentional suppression of the minority vote because when you think about where the votes were being challenged, they were being challenged in communities that voted for Joe Biden that were predominantly black and brown,” she continued. “So I want people to recognize the totality of what this was. This was not just an assault upon democracy, although that’s a horrible experience. This was also a 2021 attempt to suppress the black vote, to harass us, to intimidate us, and to make our vote not count.”