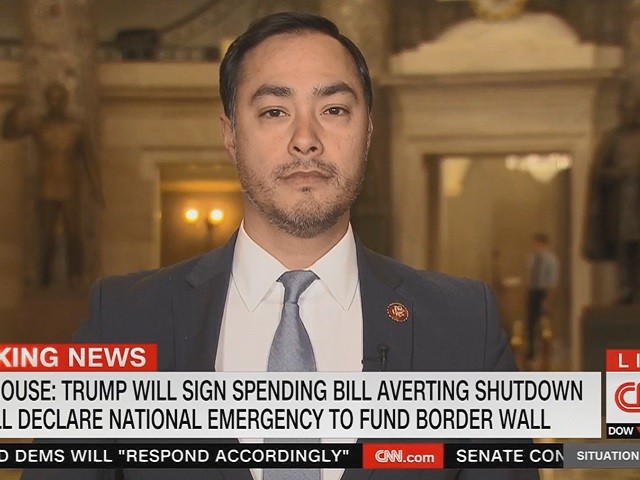 On Thursday’s broadcast of CNN’s “Situation Room,” Representative Joaquin Castro (D-TX) stated that if President Trump declares a national emergency or tries to move around money to fund a border wall, “we’ll challenge him in Congress. We’ll challenge him in the courts.”

Castro said, “I am prepared, if the president does declare a national emergency to build his border wall, to file a joint resolution under the National Emergencies Act that would essentially terminate his declaration.”

He later stated, “I believe that there will be a lawsuit filed…we will file, likely, a joint resolution to negate or terminate his declaration, and hopefully take a vote on that.”