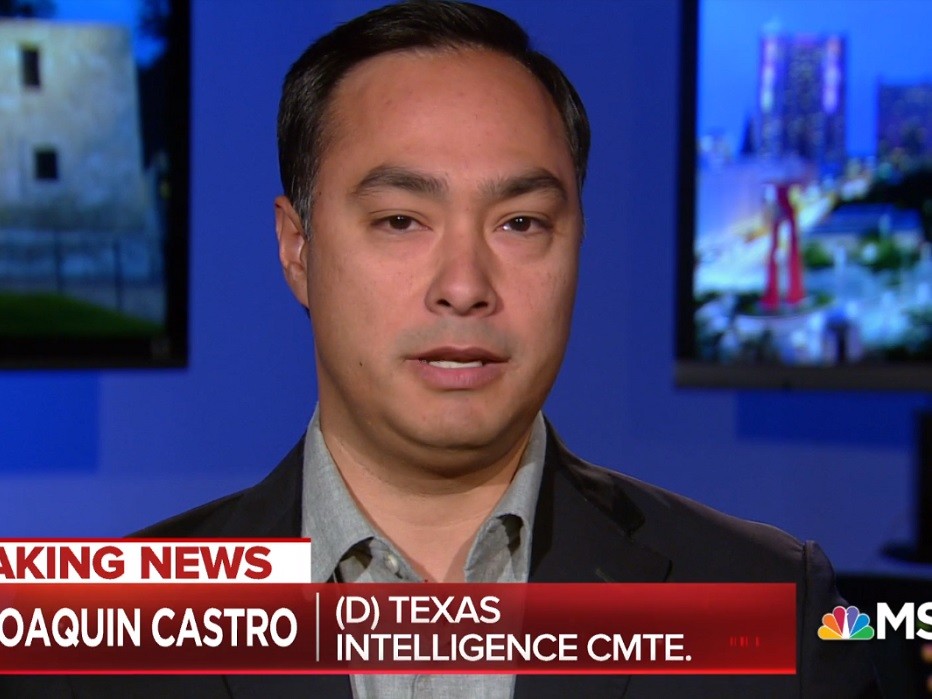 Friday on MSNBC’s “All In,” Rep. Joaquin Castro (D-TX) addressed the possibility of impeaching President Donald Trump on the heels of documents released tied to Department of Justice special counsel Robert Mueller’s probe into the possible interference of Russian involvement in the 2016 presidential election.

Castro told fill-in host Ali Velshi he thought the only thing that might be keeping Trump from being indicted is that he is the elected president.

“It is remarkable to read that Cohen sentencing memo and to realize essentially that the only thing keeping Donald Trump from being indicted and being charged with a crime beyond wealth and privilege is that he occupies the presidency and that he’s in the White House,” Castro said. “If he didn’t, it’s very likely that he would be in court right now as well.”

Later in the segment, Velshi raised the possibility of Trump’s impeachment, to which Castro argued the option should remain on the table.

“I think we have to be,” Castro replied. “I mean, look, no one runs for the House of Representatives or the U.S. Senate because they want to go impeach a president. And I think people are sobered by that thought. That is the most serious thing you can undertake in American democracy. People go to Congress, as you mentioned, to deal with issues of education, health care, economic prosperity. But when the evidence becomes so clear that you very likely have a criminal sitting in the Oval Office, what is the Congress left to do at that point? We do have to wait for Bob Mueller’s report. There has got to be a fair and thorough process here. Also, the American people have to be convinced. It’s important that they’re also convinced. But I think you’re also seeing them more and more. So yes, I’m sure that many conservatives, many Republicans would say that we got a partisan grudge, that we want to go after the president. That’s not the case at all. Folks are very reluctant to go down this path and are sobered by it. But at the same time, you can’t ignore the evidence.”