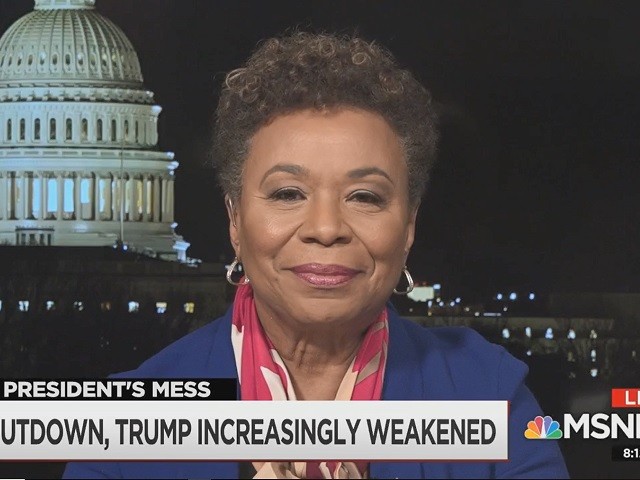 On Wednesday’s broadcast of MSNBC’s “All In,” House Appropriations Committee member Barbara Lee (D-CA), who is also a member of the immigration conference committee, stated that President Trump should stick to what the committee decides and $5.7 billion for a border wall is “unacceptable.”

Host Chris Hayes asked, “I don’t doubt that conference committee could cut a deal, but if the president decides to rip it up, then where are we? Like, how do you account for that?”

Lee later stated, “We have talked, quite frankly about the $5.7 billion that this president wants for a wall. That’s unacceptable.”

Hayes also asked Lee, “This is a narrow deal around border security funding, it’s not a bigger deal around things like DACA status, TPS, and other things, am I right?”