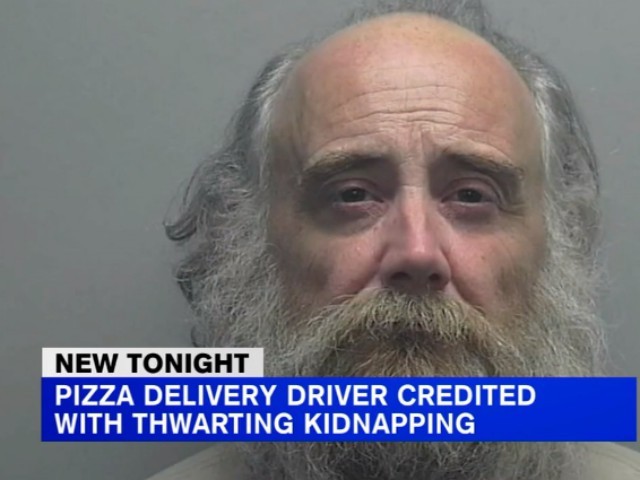 A Domino’s pizza delivery driver in Wisconsin who spotted a woman mouthing the words “help me” at a delivery address is being hailed a hero for alerting the police to an alleged kidnapping.

The Sheboygan County Sheriff’s Office said that the delivery driver had been accepting payment from a customer at a home in Waldo—about 45 miles away from Milwaukee—when he noticed a woman with a black eye in the background mouthing for the driver to alert the authorities.

“I showed up, it was a normal delivery, and saw this middle-aged couple,” the delivery driver, Joey Grundl, 24, told NBC News Monday. “The guy answers the door and I hand over the pizza when I noticed that the woman behind him, who turned out to be his ex, had a black eye.”

Authorities allege the man entered the woman’s home early on Thursday, tied her up using a power cord, punched her, and tried to get her back into a relationship with him.

The driver then dialed 911, leading authorities to arrest Dean Hoffmann (pictured), 55, at the house for allegedly kidnapping the woman.

Police charged Hoffman with multiple domestic abuse charges, including kidnapping, false imprisonment, suffocation and strangulation, felony intimidation of a victim, and burglary of a building.

Eagle-eyed witnesses spotting domestic abuse victims have foiled similar kidnapping plots in this way. In December 2017, several bystanders inside an Oregon sporting goods store noticed a woman mouthing the words “help me” before they summoned authorities to the scene to rescue her.