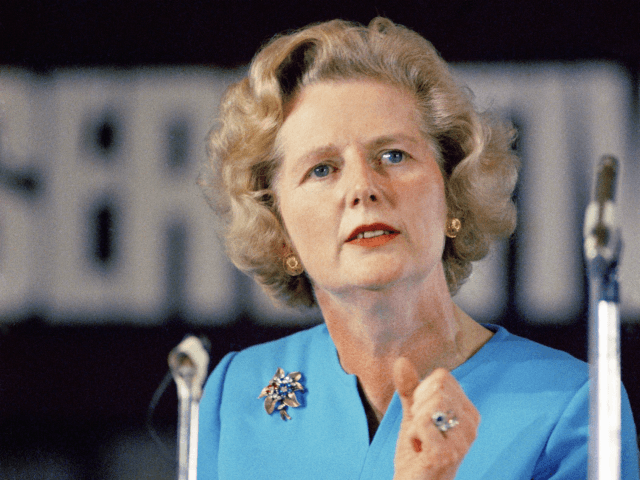 If you want to cheer yourself up about the future of conservatism listen to my latest podcast with 16-year-old Soutiam Goodarzi.

Remember her name because one day she’s going to be Britain’s greatest prime minister since Margaret Thatcher.

Soutiam was raised beneath the veil in Iran and spent her early childhood as a devout Muslim. Then she moved to England, discovered Margaret Thatcher, read the Quran more closely and realised she didn’t at all like what it said about women. I met her at the Conservative conference in Birmingham and she’s the kind of daughter any father would be proud of: brave, articulate, direct, super-bright — and refreshingly free of all that Third Wave feminist ideology to which so many girls are prone.

Also, she’s sound. Immensely sound. She wants lower taxes, smaller government; she believes in hard work and personal responsibility; she loathes positive discrimination and says she wouldn’t stand on any shortlist where women (or ethnic minorities) were given special preference; she can’t stand political correctness in any of its manifestations; she’d ban Muslim faith schools because of the damage they do to social cohesion; she’s a passionate Brexiteer; she wants tougher sentences for criminals and more bobbies on the beat…

Imagine if someone had said all that on the main stage at the Conservative Party conference in Birmingham this week. They’d have won a standing ovation.

Instead what we got is the ABBA-dancing Maybot, now reprogrammed by some cunning spin doctor to perform in “Look at me! I’m normal and likeable and human” mode.

Only Remainers would have been taken in by this charade. And only because they wanted to be taken in by it. Remainers like May because she’s one of them and because her Chequers proposal is Remain by any other name.

The problem with May’s speech was not that it was bad but that it was, by her standards, very, very good: probably her best ever.

I say “very, very good” not in the sense that it was anywhere near in the league of great public speakers like Boris Johnson, Jacob Rees-Mogg, Nigel Farage, or Michael Gove. Only in the sense that in political terms it was remarkably effective — giving the outward impression that there was life yet in our prime minister’s stumbling zombie carcass and that, finally, but finally she was ready to embrace proper conservatism. (Kind of like you’re meant to when you’re the leader of the Conservative Party.)

But she isn’t, of course. In truth, Theresa May is merely offering us a turd-polished version of more of the same. She’s obviously not going to be diverted from her trainwreck Chequers plan. And for all her talk of freedom and limited government in the earlier part of her speech, the later part revealed her for the meddling, micro-managing Nanny Statist control freak she really is.

As the ever-brilliant Allister Heath puts it in the Telegraph today, “the stream of silliness never ends; petty meddling officialdom, empowered by the most controlling, puritanical government in living memory.”

Nor was Heath taken in by May’s pro-market rhetoric:

It was when it came to housing that the disconnect between the new pro-capitalist May and reality was at its starkest. There was no movement on releasing more land for housing, or liberalising planning laws, or changing the rules in other ways to encourage much greater amounts of high quality, private sector development.

Instead her big idea was to allow local authorities to borrow as much as they want to build more council flats. In other words, she believes that statism, not capitalism, is the answer to the greatest social problem of our time. This leap backwards will be welcomed by almost all housing “experts” but it is a tragic repudiation of real conservatism and could lead to councils engaging in, and winning, bidding wars for land with developers.

Instead of embracing the 1930s model that saw the private sector build vast, affordable suburbs that remain popular today, the Prime Minister is opting for the 1960s Macmillanite council-led approach, which ended in tears. The contrast between this and Boris Johnson’s brilliant exposition the previous day of the moral value in encouraging as many social (and private) renters to become homeowners was striking. The best solution to the housing crisis is to bolster home ownership by building far more private homes, not to create a new generation of social tenants, which is what could now happen unless the Right to Buy rules are turbocharged.

Heath is right to praise Boris Johnson’s brilliant exposition of Tory values. I think I was a bit harsh on Boris the other day when I said he’d fluffed his Trump moment. The problem – as several better-informed commenters pointed out below my piece — is not lack of will but rather the need for tactical astuteness. All the Conservative Brexiteer camp are fully aware of how dangerous the Chequers plan is and of how ghastly Theresa May is and of how absolutely she must at all costs go.

But they have to pick their moment. And they have to do so in a way that doesn’t a) jeopardise Brexit or b) usher in Jeremy Corbyn. So I do understand why Boris has to play it more carefully than some of us might like.

There’s little doubt though that Boris — and Jacob Rees-Mogg, of course — are much closer to where the conservative base is than Theresa May and her rotten crew.

I know this because while the official events on the main stage were moribund, all the fringe events featuring Brexiteers and other freedom-lovers were rammed. The Leave Means Leave event with Rees-Mogg and Wetherspoons hero Tim Martin; the Bruges Group event with Priti Patel, Owen Paterson, and Andrea Jenkyns; the Taxpayers Alliance event which laid into Britain’s ridiculous 0.7 per cent of GDP foreign aid budget; Boris’s speech: these were the places where all the action was. And the majority of the young conservatives I spoke to there were just as sound as Soutiam Goodazi.

As I often say on my podcast, Generation Z are so robustly conservative they’re going to save us from our folly.

It was good to have this theory confirmed in Birmingham.