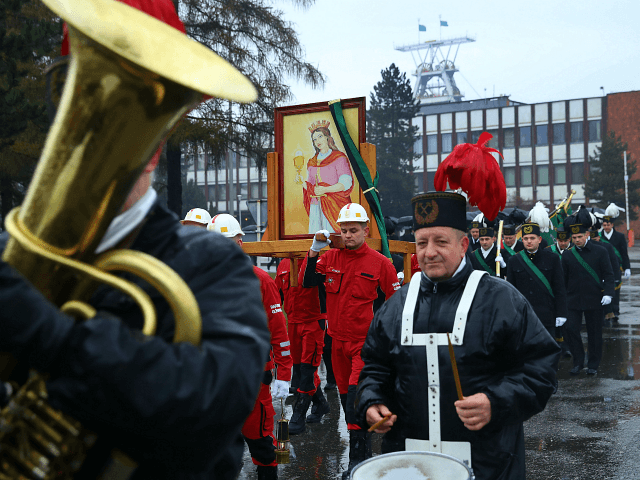 First, the French. The escalating Gilets Jaunes protests over President Macron’s carbon taxes have quite ruined the illusion – assiduously promoted by the UN’s propagandists – that what people around the world really want is more government action to deal with climate change.

France’s sudden U-turn over an unpopular fuel tax in the face of violent anti-government protests sent shivers through the COP24 climate summit.

That’s because the sight of one of Europe’s most climate ambitious countries beating a hasty retreat over a proposal that would have hiked gasoline tax by 4 cents, or just under 3 percent, highlighted the difficulty of imposing any economic pain in the name of tackling climate change.

Next, the Poles. This hasn’t been much reported by the mainstream media because it doesn’t suit the narrative, but the conference’s Polish hosts have been treating the whole event as a massive trolling exercise. Visiting delegates have been greeted by decorative mounds of the region’s economic speciality: high-grade coal, provided by the conference’s co-sponsors — the local coal industry.

As Christopher Booker reports in the Sunday Telegraph:

How beautifully symbolic it was that, when those 22,000 officials, politicians, green lobby groups and others descended on Katowice in Poland for the UN’s latest mammoth climate conference, they should find its exhibition centre decorated with neat stacks of coal and were greeted by a band from local collieries.

Katowice is the centre of Poland’s coal industry, which provides 82 percent of all its electricity; and, with the backing of the Polish government , the conference is jointly sponsored by local coal companies, of the kind the UN wants to see driven out of business.

The Poles — as on immigration, as on the Davos elite -= are much more in tune with global trends than the UN delegates are. Around the world, coal is making a huge comeback because, unlike the renewables being championed by greens, it provides a cheap, reliable and effective source of energy.

In the United Kingdom, old coal stations are being paid over the odds to make up for the shortfalls caused by renewables.

According to the Telegraph:

Britain’s oldest coal-fired power plants prepared to fire up their hoppers for a price of almost £1,000 per megawatt-hour on Tuesday to avert a power shortfall as temperatures across the country plunge and wind power wanes.

The cold snap ignited the winter’s first warning that Britain would run out of electricity unless idling coal plants ramp up to help meet demand for power.

National Grid said on Monday evening that there was a 100pc probability that the lights would go out within 24 hours unless an extra 2GW of power capacity agreed to help meet demand.

The first negative supply forecast of the season spurred the operators of Britain’s oldest plants to offer their power at prices well above the prevailing market rates to fill the gap.

Meanwhile, Germany has put on hold its plans to exit coal-fired power production:

Germany’s task force on planning the definite phase-out of coal-fired power production has scrapped plans to present a decision before the end of this year.

In Japan’s port city of Kobe, a pair of 150-meter high white chimneys tower over the bay. Located just beside a residential area only 15 minutes by car from the city center, the chimneys belong to a giant 1.4-gigawatt coal-fired power plant that is about to loom even larger over residents’ lives.

Brushing aside protests from environmentalists and locals, plant owner Kobe Steel started construction last month on a huge expansion project that will double the size — and the emissions — of the Kobe Power Plant. More than 14 million tons of carbon dioxide and other pollutants are expected to belch each year from the enlarged plant’s chimneys by 2022 — more than the entire CO2 emissions of the 1.5 million-strong city of Kobe.

[…] The Kobe project is one of more than 30 new power stations being planned or built by Japan that burn coal — the dirtiest and most polluting fossil fuel and one which is being phased out by some 30 governments around the world.

Australia, too, is on the brink of a new coal boom — largely to satisfy the growing demand in India, a heavy coal user.

Coal consumption grew by 1 percent globally in 2017, its first increase since 2013, according to BP.

One of the few nations to buck the trend — somewhat ironically, given President Trump’s determination to revive “beautiful clean coal” — is the United States.

As Garry White reports in the Telegraph:

The fracking industry means the US now has an abundance of cheap gas to generate electricity, so such a move does not make economic sense. Indeed, data from the US Energy Information Administration released this week showed that consumption of coal in the country in 2018 is likely to be the lowest since 1979. The government body said it expects total US coal consumption will fall 4pc this year and by a further 8pc in 2019. American coal use has been steadily falling since 2007 as the price of gas has become more competitive and due to the extra efficiencies involved in producing electricity from gas over coal. Despite the president’s wish to boost the coal industry for political gain – market forces are more powerful.

Around the world people are waking up to the fact that the dubious benefits of “decarbonisation” are far outweighed by the economic and social damage it causes.