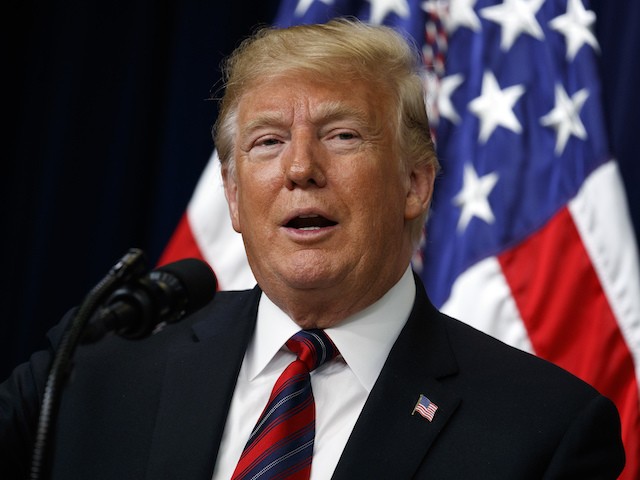 New Yorker editor David Remnick has weighed in on the debate about who’s really behind the tension and violence racking the U.S. right now…

No one suggests that he is a perpetrator, but pipe bombs as a tool of political intimidation do not arrive unexpectedly.

Yes, that’s right, David. “No one” is suggesting that the president was personally responsible for creating all those “pipe bombs”  for the simple reason that anyone who did suggest such a thing would rightly be classed as insane.

Still, that doesn’t stop Remnick from heavily hinting that the president is mostly to blame. Remnick does so using a barrage of smear, innuendo and heightened, impassioned, Princeton-educated rhetoric (of which there is more in a moment…):

They come after the President’s remarks on “birtherism,” Mexican “rapists,” and Charlottesville; after “enemy of the people” and “Lock Her Up!” They come after he has mocked the disabled and victims of sexual violence, after he has praised many of the world’s autocrats and diminished democratic allies. Violence, for him, is a source of titillation.

Remnick’s article is worth reading in full, not because it says anything insightful or true, but for the glimpse it offers into the delusional mindset of all those trapped inside the progressive bubble:

Law enforcement will continue to investigate the incident in the days ahead. But what’s already clear is that it occurred at a moment of tragic division and conspiracy-mongering generated, foremost and daily, by the President of the United States. The right has no monopoly on insult and incivility—the online universe can be a sewer of spite—but there is no real equivalence: no modern President has adopted and weaponized such malevolent rhetoric as a lingua franca.

Was there ever a finer example of weapons-grade hypocrisy and intellectual dishonesty than his suggestion: “there is no real equivalence” to the “insult and incivility” of “the right?”

There is, in fact, so much “equivalence” that it’s not even a fair contest. The language — and, far more importantly, the physical acts — of violence come overwhelmingly these days from the left, not from the right.

That’s why Daniel Greenfield titled a recent article on this subject “Only the left can stop political violence in America.”

The reason only the left can stop political violence in America is that, currently, the left has a virtual monopoly on that violence.

On September 9, Rudy Peters, the Republican running for Congress in the 15th District in California, was attacked by a knife-wielding man shouting, “F___ Trump”.

The attacker, Farzad Fazeli, an Iranian Clinton supporter, had previously posted, “Don Trump won’t clean his own house, so he’s too dirty to know right from wrong. Impeach/incarcerate him before more children die. P.S. complacency is worse than being the shooter.”

Next month, Shane Mekeland, a Republican running for the Minnesota House of Representatives, suffered a concussion after being punched in the face at a restaurant. “You f____g people don’t give a s___ about the middle class,” his assailant had shouted at him.

Mekeland is back on the campaign trail, while still recovering from the assault. “The media and the likes of Maxine Waters, Hillary, and Eric Holder as of late is driving this behavior,” he warned.

“If you see anybody from that cabinet in a restaurant, at a department store, at a gasoline station, you get out and you create a crowd. And you push back on them, and you tell them they’re not welcome anymore, anywhere,” Rep. Maxine Waters had urged an angry leftist mob.

Eric Holder, Obama’s attorney general and a possible 2020 candidate, had urged, “When they go low, we kick them.” He had tweeted at Democrats, urging them to, “Use the rage.”

If Remnick is unaware of all the violence currently being directed against MAGA supporters — which I doubt — then it’s only because it gets so little coverage in the liberal MSM. But just because the MSM is far too busy stirring up the violence to actually report it doesn’t mean that it’s not happening.

What Remnick’s rant amounts to in the end is little more than a pileup of fancy words, strung together with a view to heightening his left-wing readership’s sense of burning grievance and moral righteousness.

Here he is in full flow:

Trump is a masterful demagogue of the entertainment age. His instruments are resentment, sarcasm, unbounded insult, casual mendacity, and the swaggering assertion of dominance. From his desk in the Oval Office, on Twitter, and at political rallies across the country, he spews poison into the atmosphere. Trump is an agent of climate change, an unceasing generator of toxic gas that raises the national temperature.

The word for this is “rhetoric” (empty rhetoric, admittedly — but rhetoric nonetheless).

Which makes his criticism of Trump for his “malevolent rhetoric” somewhat rich, creepy, and disgusting.

Whenever we hear progressives moaning about inflammatory rhetoric, we should reach for our Brownings.

The same is true, I’d argue, even more so, when we hear conservatives — usually, in my experience, of the NeverTrump or Remoaner variety — making the same bleating demands.

Rhetoric does not kill people. Nor is it violence. That’s because rhetoric, even at its worst — even when it’s as gross and glib and misleading and noisome and whiny and dishonest and wrong and crudely inflammatory as a cruddy editorial by David Remnick — is just a mode of communication. It’s just words.

Whenever we hear the left or the squishy right demanding that we tone down “rhetoric,” let us never, ever forget what their real game is: it’s about trying to close down their most effective opponents by limiting their ability to express themselves freely, forcibly, and frankly.

But that doesn’t mean we should let them get away with it.