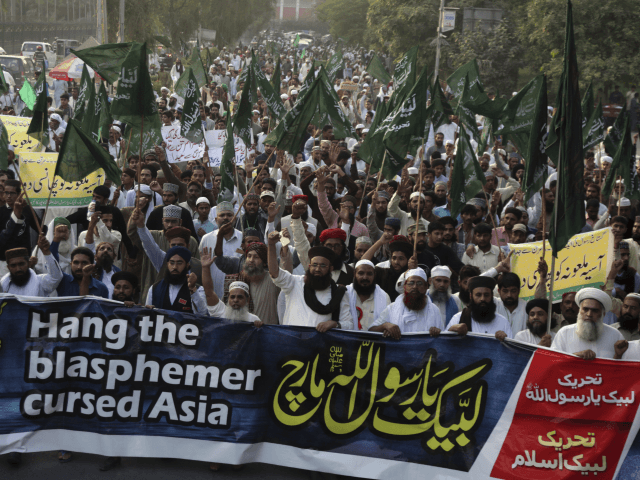 Like many people in this age of weaponized migration, I’m increasingly wary of asylum claims.

But if anyone deserved rescuing by the benign and civilized West from a foreign hellhole it’s Asia Bibi – the woman who has been held in solitary confinement in a Pakistani prison for nine years under sentence of death on trumped up blasphemy charges.

Her crime? Being a Christian in a country swarming with Islamists.

If she stays she faces almost certain death. Two of the politicians who bravely defended her – Salman Taseer and Shahbaz Bhatti – have already been assassinated, while her lawyer Saif Mulook has fled to the Netherlands.

But where can she go?

The obvious place would be the country with the strongest cultural and historical ties to the Indian subcontinent, the one that included what’s now known as Pakistan as part of its Empire for more than two centuries.

Unfortunately, the British government appears to have wussed out. Theresa May and her advisors, it has been reported, do not want to give refuge to this exhausted, sick, middle aged Christian woman because – allegedly – it would “cause security concerns and unrest among certain sections of the community and would also be a security threat to British embassies abroad which might be targeted by Islamist terrorists.”

The second excuse is feeble indeed. Britain currently gives Pakistan nearly £500 million a year in foreign aid. If Imran Khan’s Islamabad regime can’t provide a measure of security in return, then let’s squander that money on some better hopeless cause – the NHS, say.

But the first excuse is plain disgusting. Is Britain really saying to the world that it no longer dares to take a principled stand on certain key moral issues for fear of provoking an adverse response from all the Islamists on its home territory?

Douglas Murray too is troubled by that weasel phrase “certain sections of the community.”

He writes at National Review:

And which sections would that be? Would it be Anglicans or atheists who would be furious that an impoverished and severely traumatized woman should be given shelter in their country? Of course not. The “community” that the British government will be scared of is the community that comes from the same country that has tortured Asia Bibi for the last eight years.

In any case, if it is true that the British government has declined to offer Asia Bibi asylum for this reason, then it should lead to a huge national and international outcry. Among other things, it suggests that the British government has got its priorities exactly the wrong way around. For it is not Asia Bibi who should not be in Britain. It is anyone from the “communities” who would not accept Asia Bibi being in Britain who should not be in the country. Though I wouldn’t expect any British politician to express that simple truth any time soon.

Perhaps not, but at least some British politicians are getting there. Boris Johnson has declared that Bibi, a Catholic mother-of-five, has an “overwhelming claim for compassion from the British government”.

His intervention, though no doubt wholly sincere, is also a handy reminder of just what an ugly, out-of-touch, craven, decaying and deservedly doomed regime is in charge of Britain right now – and of how much better things might be once a candidate like Boris has stepped in instead.

If Theresa May remains resistant to doing the right thing – it certainly wouldn’t be a first – then perhaps the leader of the free world should step in to show her how it’s done.

By rescuing Asia Bibi, Donald Trump could kill two birds with one stone: take the moral high ground while revealing one of the world leaders he likes least for the moral pygmy she is.