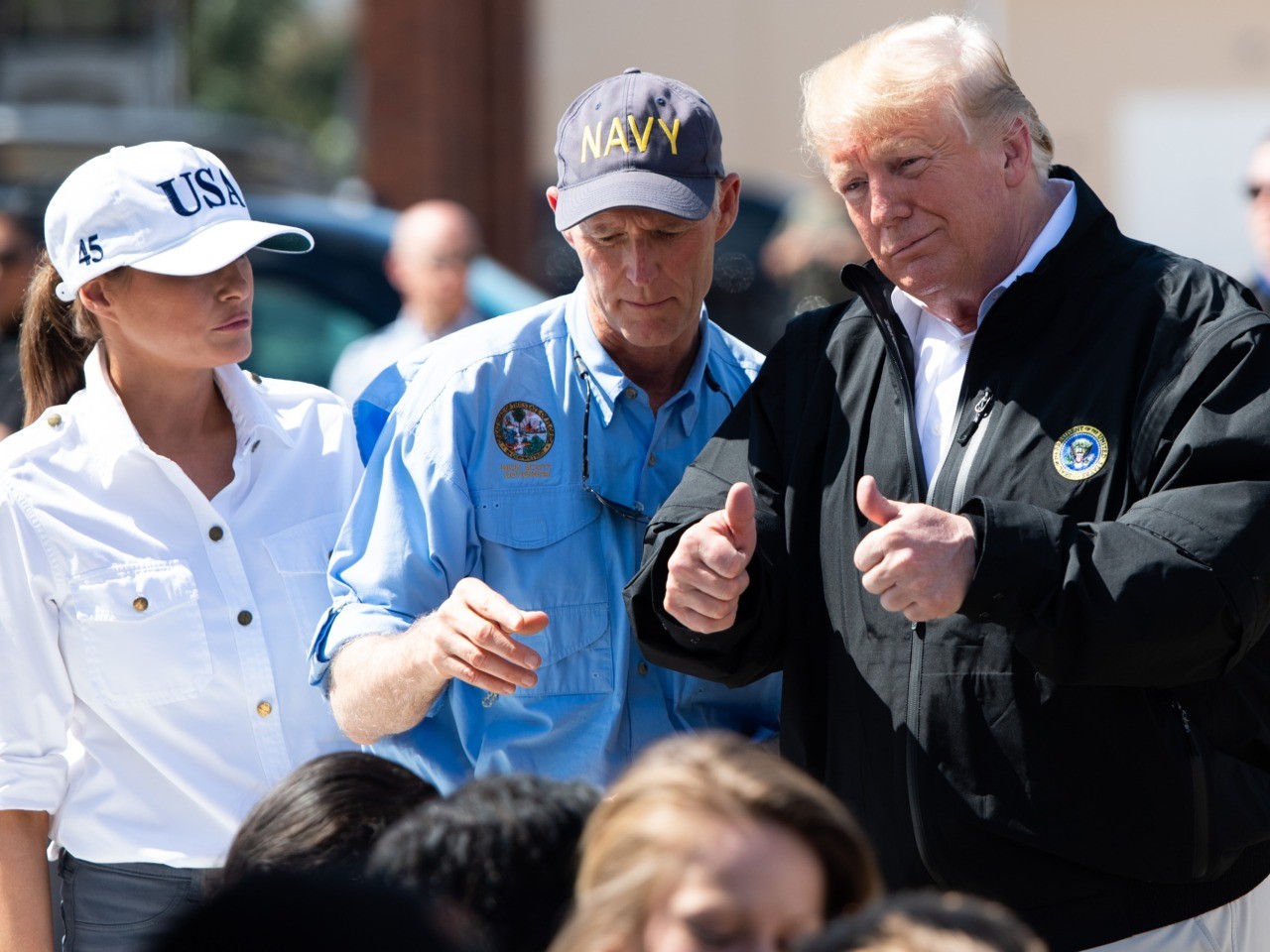 “No planes. No energy. When the wind stops blowing, that’s the end of your electric. Let’s hurry. Darling? Darling is the wind blowing today? I’d like to watch television, darling.”

Congratulations President Trump on yet another historic milestone: the first world leader to tell the truth about renewable energy – that it’s nothing more than an expensive joke.

Trump, as we know, has a gift for making complicated issues very, very simple.

On the subject of wind turbines – aka bat-chomping, bird-slicing eco-crucifixes – for example, he could have talked about the facts that they are only economically viable with hefty taxpayer subsidies; or about the damage to humans and livestock caused by their low frequency noise; or the environmental destruction wrought during their manufacture by the mining in China of rare earth minerals; or their visual blight; or their downward pressure on property values; or the people they drive into fuel poverty; or the economic costs of promoting a power source which is inefficient, intermittent, hugely expensive; and so on…

Instead he summed it all up in one amiable joke: in a civilised country you get energy when YOU want it, not when nature (in the form of wind or sunshine) makes the decision for you.

What Trump may not be aware of – though he should be – is that there’s a perfectly respectable environmental case to support his skepticism on renewables.

Sure, he has come under attack from the usual greenie suspects.

There is a real question about wind energy storage: how to save it for when the wind doesn’t blow? Experts like Steven Chu have proposed solutions. But wind already does a lot. There’s nothing so revealing as a person exposing his ignorance while calling other people stupid.

But Trump’s instincts are perfectly in tune with those of true conservationists – such as the author of one of the best essays you’ll ever read on the subject of renewables, published in Quillette.

It’s titled Why Renewables Can’t Save the Planet.

The author, Michael Shellenberger is about as green as they come. In 2003, he helped ‘organize a coalition of America’s largest labor unions and environmental groups’ with proposal to “prevent climate change” and create millions of new jobs with a $300 billion dollar investment in renewables.

This project was embraced by Barack Obama.

Between 2009–15, the U.S. invested $150 billion dollars in renewables and other forms of clean tech.

Quickly, though, the dream turned sour. And who better than the original dream-weaver Shellenberger to tell us why…
Wind and solar take up insane amounts of space

The energy they provide is intermittent and unreliable

When the sun stops shining and the wind stops blowing, you have to quickly be able to ramp up another source of energy.

Contrary to what greenies claim, there is no imminent battery storage solution

Despite what you’ve heard, there is no “battery revolution” on the way, for well-understood technical and economic reasons.

And, no, that hippie idea about pumping water uphill, storing it for later, to run over turbines is never going to fly…

For example, California is a world leader when it comes to renewables but we haven’t converted our dams into batteries, partly for geographic reasons. You need the right kind of dam and reservoirs, and even then it’s an expensive retrofit.

A bigger problem is that there are many other uses for the water that accumulates behind dams, namely irrigation and cities. And because the water in our rivers and reservoirs is scarce and unreliable, the water from dams for those other purposes is becoming ever-more precious.

They kill millions of birds (and bats), which greenies like to excuse as being OK because domestic cats kill many more. But actually it’s not OK:

Solar farms are no better:

Building a solar farm is a lot like building any other kind of farm. You have to clear the whole area of wildlife.

In order to build one of the biggest solar farms in California the developers hired biologists to pull threatened desert tortoises from their burrows, put them on the back of pickup trucks, transport them, and cage them in pens where many ended up dying.

In order to produce significant amounts of electricity from weak energy flows, you just have to spread them over enormous areas. In other words, the trouble with renewables isn’t fundamentally technical—it’s natural.

Don’t buy that nonsense about how, thanks to the Chinese, the cost of producing solar panels and wind turbines is coming right down:

Consider California. Between 2011–17 the cost of solar panels declined about 75 percent, and yet our electricity prices rose five times more than they did in the rest of the U.S. It’s the same story in Germany, the world leader in solar and wind energy. Its electricity prices increased 50 percent between 2006–17, as it scaled up renewables.

Don’t believe that headlines that renewables are dramatically cheaper than nuclear:

They are largely an illusion resulting from the fact that 70 to 80 percent of the costs of building nuclear plants are up-front, whereas the costs given for solar and wind don’t include the high cost of transmission lines, new dams, or other forms of battery.

We tend to think of solar panels as clean, but the truth is that there is no plan anywhere to deal with solar panels at the end of their 20 to 25 year lifespan.

Experts fear solar panels will be shipped, along with other forms of electronic waste, to be disassembled—or, more often, smashed with hammers—by poor communities in Africa and Asia, whose residents will be exposed to the dust from toxic heavy metals including lead, cadmium, and chromium.

If you really care about the environment, Shellenberger argues, then the best answer is nuclear.

And the worst? Renewables.

Now that we know that renewables can’t save the planet, are we really going to stand by and let them destroy it?