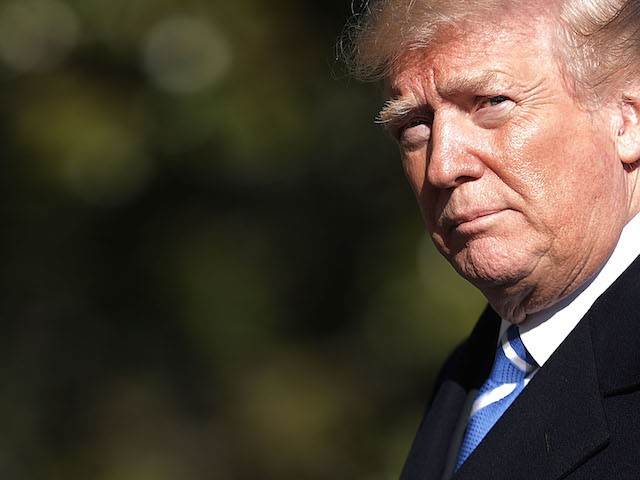 Even left-leaning Variety has grudgingly admitted: “60 Minutes was outmatched by Trump.”

The more sympathetic Climate Depot, meanwhile, has fact-checked the president’s climate remarks and found them to be “scientifically, politically and economically accurate.”

President Trump to 60 Minutes: “I think something’s happening. Something’s changing and it’ll change back again. I don’t think it’s a hoax. I think there’s probably a difference. But I don’t know that it’s manmade. I will say this: I don’t want to give trillions and trillions of dollars. I don’t want to lose millions and millions of jobs … I’m not denying climate change.”

Reality Check: President Trump is frankly giving his assessment of man-made climate change and his understanding is in agreement with some very high profile scientists. Trump has been remarkably consistent with his climate views, demanding that the “The Nobel committee should take the Nobel Prize back from Al Gore” in the wake of the Climategate revelations in 2010.

Trump on 60 Minutes: Lesley Stahl tells Trump: “I wish you could go to Greenland, watch these huge chunks of ice just falling into the ocean, raising the sea levels.” – President Trump responds: “And you don’t know whether or not that would have happened with or without man. You don’t know.”

Reality Check: Once again, President Trump has peer-reviewed science on his side.

President Trump to 60 Minutes: “But it (climate change) could very well go back. You know, we’re talking about over a … millions of years.”

President Trump to 60 Minutes: “They say that we had hurricanes that were far worse than what we just had with Michael,” said Trump, who identified “they” as “people” after being pressed by “60 Minutes” correspondent Leslie Stahl.

President Trump to 60 Minutes: Stahl asked Trump, “What about the scientists who say it’s worse than ever?” the president replied, “You’d have to show me the scientists because they have a very big political agenda.”

Reality Check: Yes! Once again, President Trump is correct. ‘Global warming’ fears are predicated on “a very big political agenda” and that agenda is pushed hard by the activist scientists.

All right: so Climate Depot would take a favorable line. It’s a skeptic’s website, run by Marc Morano, author of the bestselling The Politically Incorrect Guide to Climate Change.

But if you look at Climate Depot‘s analysis here, you’ll find copious links to the evidence that supports every one of Trump’s claims.

Trump’s responses come across like the product of excellent briefing but, more significantly, of a nimble mind which understands almost better than his opponents how the left rolls — and consequently how to avoid being caught in their ineptly laid traps.

He was helped hugely, though, by his interviewer’s failure to ask any remotely killer questions.

And also by the fact that — to judge by his dismissive mention of Hurricane Michael — he gets his climate information not from the failing MSM, but from the news sites that really know their stuff…