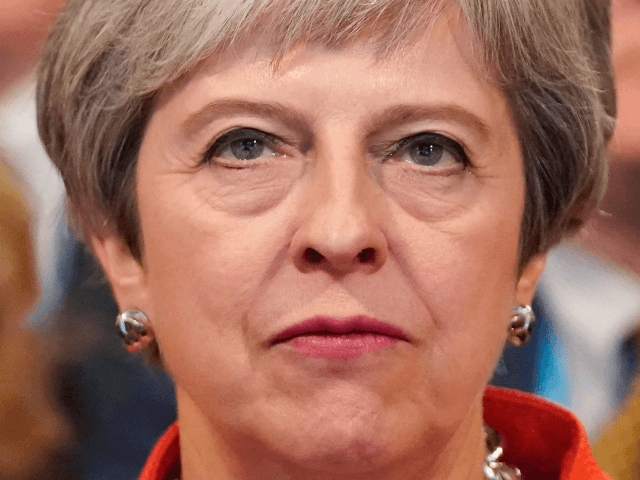 BIRMINGHAM, England — I’m at Britain’s Conservative party conference, testing the water to see whether Brexit is ever going to happen or whether it’s all over and we might just as well kill ourselves now.

Do you want the good news or the bad?

I’ll get the bad out of the way first, which isn’t really news because you know it already. Britain is currently being governed by a bunch of muppets.

They are useless: Conservatives in name only. Timid, entirely lacking in principles, and led by undoubtedly one of the feeblest, most uninspiring, most excruciatingly dogmatic and wrong prime ministers in British history.

Theresa May has to go. Everyone knows this. The frustration is palpable.

To understand why Theresa May commands so little respect, you only have to enter the main conference area and hear pretty much anyone from her government speak. It’s like attending a Presidium of the Supreme Soviet: the stale party line doggedly reiterated to no enthusiasm from the assembled delegates. May – who doesn’t speak till Wednesday: don’t hold your breath, nobody here in Birmingham is — has all the charisma of Leonid Brezhnev in the days when he stood sepulchrally under his furry hat and the outside world tried to guess whether he was actually alive or whether he’d died and been embalmed like Lenin, and wheeled out like the dead El Cid just for show.

In political terms, Theresa May is a dead woman walking leading a government of zombies.

They are zombies because there is no intellectual or ideological life in them.

Britain is in danger of being hijacked by the most far-left government in its history. But instead of rising to the Jeremy Corbyn challenge with a vigorous defence of conservative principles, May’s cabinet has collectively decided that about the best it can do is make a few noises about Social Justice and hope it makes one or two voters hate the government less.

Here are some of the themes you could have heard various cabinet members talking about in the main conference hall:

‘An economy that works for everyone.’

They smack of desperation because built into each of these hollow phrases is the tacit assumption that these are things the Conservatives haven’t really been delivering so far and that it’s becoming a bit of an embarrassment.

And they’re right in the assessment too. What they’re wrong about is their proposed solutions: more Big Government nannying and micromanaging, mainly.

You know a government’s in trouble when one of its eye-catching new policies, announced with great fanfare by that Liberal Democrat in Conservative’s clothing Business Secretary Greg Clark, is that from now on they’re really going to clamp down on restaurants that charge for service but then don’t pass on the tips to waiters.

Yay! It’s like the Thatcher Revolution all over again…

Of course, there is one policy which they could introduce very easily that would solve the bulk of their problems.

All Theresa May has to do when she stands on that rostrum on Wednesday is declare to the country that she intends to deliver on the promise made by her predecessor David Cameron — and deliver on the vote Britain made in the 2016 EU Referendum.

Just as a reminder — since May and her Remainer-dominated cabinet seem to have forgotten — the vote was for Britain to leave the European Union. Not hang in some Remainer-Civil-Service endorsed half way house where Britain suddenly gets all the disadvantages but none of the (risibly few) benefits it used to have. But actually to leave.

It’s what pretty much everyone is clamouring for at this conference. Which is why the fringe events featuring Brexiteers like Jacob Rees-Mogg, Owen Paterson, Priti Patel, Andrea Jenkyns and, Tuesday’s big event, Boris Johnson are completely rammed with queues round the block.

And why nobody really gives a toss what’s happening on the main stage is because this supposedly Conservative government just no longer represents actual conservatives.

So that’s the bad news.

The good news is that the people aren’t taking it. They’ve had enough.

I’m especially inspired by what I’m hearing from the younger delegates — kids up from the various universities. (With luck I’ll be posting some of my vox pops with them a bit later.)

They’re socially liberal on stuff like marijuana and gay marriage.

But they’re surprisingly, pleasingly old fashioned on things like crime: they want more bobbies (police) on the beat, longer sentences for criminals.

And they all believe passionately in Brexit.

These kids are proper conservatives — and they are the future. Which means that the future is bright. So long as we can all survive long enough till we get there…