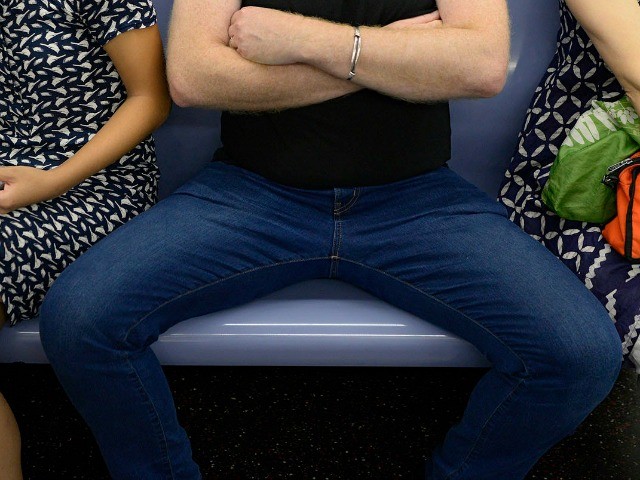 A Russian feminazi has filmed herself on the St. Petersburg metro pouring bleach on the crotches of men she considers guilty of “man-spreading.”

This unhinged behaviour — apparently, she boasts, the bleach is “30 times more concentrated than the mixture used by housewives when doing the laundry” — has proved too much even for some of her fellow feminists.

Funny, isn’t it, how whenever feminism produces lunatic behaviour some true defender of the faith like Criado Perez has to come along and womansplain to us how this isn’t real feminism?

(It’s a bit like what Marxists do when they look at disaster areas like Venezuela: “That isn’t real socialism,” they explain.)

The self-righteousness is what makes it so dangerous. No way would Dovgalyuk have engaged in her ugly little self-promotion stunt if she hadn’t deluded herself that she was striking a blow for the Sisterhood against millennia of entrenched phallocentric injustice.

And where did she get the idea about this entrenched phallocentric injustice?

From feminism, of course.

Feminism isn’t about claiming equal treatment for men and women. That ship sailed long ago: ask any divorce or employment lawyer.

Criado Perez claims this is not the case:

Contrary to Mens Rights Activists’ and incel fantasies, feminism is not about attacking men. It is about liberating women.

But just consider for a moment the excuse given by Dovgalyuk for launching her attacks on these strangers. By opening their legs wider than she would like on public transport they are supposedly guilty of “gender aggression.”

Thus has third wave feminism needlessly ramped up the war on men by turning normal male behaviour into something pathological.

Men like sitting with their legs apart — always have done — because that way they can avoid crushing their balls, perhaps give them a bit of air.

Only in roughly the last five years — out of all the millennia men have been doing this — has it been given a name “manspreading” and seized by feminists as yet another excuse to berate men.

When Hillary Clinton was desperately trying to promote her book last year, she used “manspreading” as a stick with which to beat Vladimir Putin.

“There’s an expression, we certainly know it in New York, it’s called manspreading,” she said. “And every time I met with him, it would be [slouches on the couch], OK? The whole deal.”

Let’s be clear: “manspreading” only became a thing because feminists kept insisting it was a thing.

Before that, it would have been greeted with, at worst, an eye roll as just one of those things that men do — along with, say, peeing on the toilet seat, belching too noisily — which women find disagreeable.

There are — and always have been — plenty of female equivalents. If you look at Dovgalyuk’s videos, you’ll see female metro passengers taking up whole seats next to them with their handbags. This steals far more space than a man with his legs open does. But women, for the most part, get away with it because men perhaps sense how much handbags mean to women — they’re almost part of their person — and also because they know that if they asked them to move them they’d get their head bitten off.

No one is pretending that relations between men and women haven’t always been mildly strained because of the sexes’ differing wants and needs.

But in the past, these minor problems were negotiated by agreed behavioural codes like “good manners” or, in the case of males, “chivalry.”

In the past, a chivalrous act might have included keeping your legs pressed together tighter than was comfortable in order not to intrude upon the space of the woman sitting next to you on the bus or train.

Chivalry and good manners, however, are among the many virtues that feminism has successfully managed all but to eradicate from our culture.

Feminism has poisoned the wells for womankind. A minority of shrill harridans has encouraged the Sisterhood to make themselves so objectionable that no man in his right mind would wish to behave gallantly towards them.

So don’t try to tell us, Criado Perez, that your lovely, empowering feminist creed has been misrepresented by that irksome Russian attention-grabbing troll creature.

Bleach attacks on unsuspecting train passengers are exactly what modern feminism looks like.