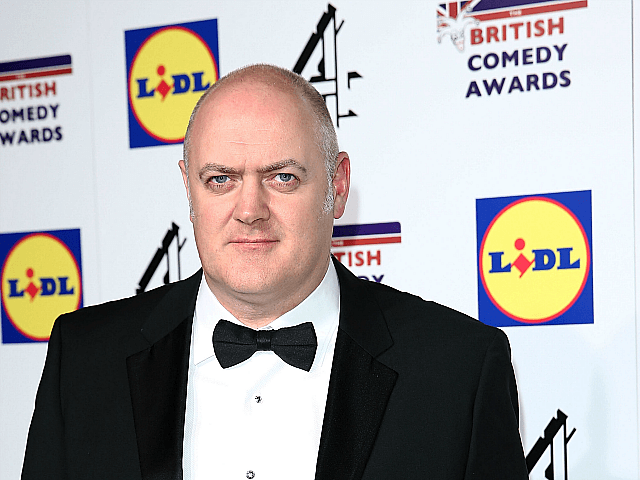 “People go, ‘Oh you don’t make jokes about the Muslims,’ – go for it. Listen, no-one is stopping you from doing all the Muslim jokes you want. You just can’t order me to do the jokes on the topics you want.”

Like a lot of things left-wing comedians say in the course of their tediously right-on routines, this isn’t funny because it’s not true.

It’s theoretically possible, I suppose, that in the left-wing bubble which O’Briaiain and 99 percent of his fellow comics inhabit, everyone is so ill-informed that no one has heard of the Charlie Hebdo massacre — or of what happened when the Danish newspaper Jyllands Posten published some cartoons of Mohammed.

And that is not to mention what Britain’s modern police force would do if someone made offensive comments about Islam on social media.

More likely, though, O’Briaiain is telling what we in the real world would call a “bare-faced lie”.

It’s a lie because O’Briaiain is likely all too well aware of the potentially fatal consequences of making light of Islam in the way that comedians are free to make light of any other religion.

So what he is saying is at once wilfully dishonest and also grotesquely flippant. “Be my guest. Go ahead and get yourselves killed. See if I care,” he is effectively saying to right-wing comics. But the death he is wishing on them isn’t the metaphorical kind you might expect in an actual joke. It’s real death, which makes it not nearly so funny. Or indeed, in any way funny at all.

Note too, how with the effortless ease of the practised whiny Social Justice Warrior, O’Briaiain actually manages to slip in a note of put-upon, self-pitying martyrdom.

“You just can’t order me to do the jokes on the topics you want,” he says, for all the world as if a) he’s deluged daily with bullying right-wingers demanding that he change his routine to accommodate their evil, fascistic comedic tastes and b) as if he’s some kind of moral hero for standing up to this imaginary bullying.

O’Briaiain’s selfless heroism and nobility extends, of course, to his choice of material. Comedians like himself swing left, he explains, because they don’t like to ‘punch down’.

“It’s a weird one,” O’Briain says. “Right-wing comedy tends not to work so well just because there’s an element of what’s punching up and what’s punching down… it’s easier to make jokes when you’re attacking something that’s in power rather than attacking down.

Ah yes. That’ll be why left-wing comics like O’Briaiaian are forever mocking all those incredibly rich, toffee-nosed types who voted Brexit.

Oh, no, wait. The majority of those 17.4 million who voted Brexit were ordinary working people far, far poorer than any of the smug, pampered millionaire comics on the BBC panel show circuit, where licence-fee-payers money is used to give comedians free (indeed well-paid) promo just so long as their politics confirm with the BBC’s left-wing orthodoxy.

So maybe it’s OK to “punch down” at poor people who have the wrong opinions, right, Dara?