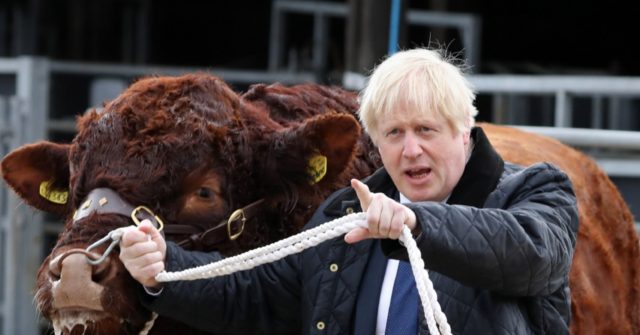 Boris Johnson has drained the swamp of the Conservative parliamentary party so thoroughly that even his own brother Jo Johnson MP has slunk off to spend more time – as the joke has it – away from his family.

Frankly, in every case, the Conservative party is well rid of them and I see no merit whatsoever in the calls by certain cabinet members for them to be reinstated. If a bunch of squatters had occupied your home for thirty years — selling off all your silver and your paintings, repainting your Farrow & Ball interiors in red and black gloss, draining the wine cellar and turning it into a crack den — and you finally got an eviction order, what kind of prat would you have to be invite them to stay ‘because after all they’ve been here so long it’s their home too’?

No, the Conservative party should never have been the home of Greg Hands, Guto Bebb, Sam Gyimah, David Gauke, Philip Hammond or – let’s be honest – corpulent, suede-shoed jazz bore Kenneth Clarke. Some might, at a push, have made credible Lib Dems (if that’s not an oxymoron); others would have been better off never entering politics at all for all the good they did. Not one of them was what you’d call a proper Conservative – either with or without a capital ‘c’. Good riddance to the lot of them.

We Thatcherite revolutionaries are finally getting our party back. Taken a long time. Feels brilliant. No sympathy whatsoever for the squishes who’ve been holding it hostage and are now irrelevances.

When I tweeted out my thoughts on this subject lots of sensible people agreed with me and shared my joy over this Thatcherite purge. It really does feel as though, after three lost decades, we genuine conservatives have finally got our party back again.

Inevitably, though, there were one or two quibblers. Their arguments were variations on the same predictable old themes and you hear them a lot from the squishy, faux-right commentariat: “the Conservative party is a broad church”; “One Nation Conservatism”; “you prefer ideology to the good of the country”; “politics is the art of the possible, based on compromise”; etc.

I think it’s time, don’t you, that I wheeled out my favourite analogy? One day, I hope, it will enter the lexicon as it thoroughly deserves. I refer, of course, to my “Dog Shit Yoghurt Fallacy.”

The Dog Shit Yoghurt Fallacy is essentially what the “broad church” school of (alleged) conservatism is forever advocating.

The fallacy goes like this: some people like fruit in their yoghurt; others prefer to add dog poo. Therefore in the name of moderation, compromise, gaining the vital centre ground – or whatever other rubbish justification you want to come up with – it’s only fair that to keep all sides of the argument happy, we add a bit of both to the yoghurt: fruit for those who like fruit, dog shit for those who prefer dog shit.

If you’re the kind of person, like me, who prefers fruit in his yoghurt you’ll quickly be able to spot the problem here.

They say: “Ah but we’ve always been a broad church. We don’t want to end up being dominated by the fringe of right wing ideologues.”
By “right wing ideologues” what they mean is people who believe in basic conservative principles: limited government, personal responsibility, free markets, lower taxes, liberty, property rights, national sovereignty, strong defence.

You may wonder – well I certainly do and have done for many years now – what special qualities that people who don’t qualify as “right-wing ideologues” bring to the Conservative mix.

An invigorating theory that, actually, higher taxes are better?

A bracing notion that we can do without defence altogether?

A helpful idea that though national sovereignty is all very well you’ve got to admit that it makes far more sense devolving most of your powers to unelected bureaucrats from a corrupt, failing, socialistic superstate because then your elected representatives in parliament won’t have do so much work?

Let’s go back, a moment, to those 21 Conservative rebels. And beyond them to all the other, utterly crap, conservatives-in-name-only who have dominated the parliamentary party since Margaret Thatcher was ousted – from Nick Boles and Justine Greening all the way back to John Major and Michael Heseltine.

Can any of you name me one single thing that any of them achieved throughout their time either in the Cabinet or on the backbenches that contributed positively to the cause of the right – or did anything to hold up the relentless advance of the left?

While a few brave souls – from the likes of Norman Tebbit in the Thatcher era to heroes like Steve Baker in the present – have stuck up bravely for conservative principles, often at the expense of career advancement, most have just gone with the flow.

That flow has been an almost continuously leftwards direction. Anyone who claims otherwise is a liar or an idiot.

I discussed the problem in some detail here with reference to a brilliant column in Country Squire by David Eyles.

This tectonic shift has been building for some time, driven on the one hand by the forces of Fabianism and cultural Marxism, on the other by the Conservatives’ surrender of their core philosophies in favour of ‘pragmatism’ (i.e. drifting leftward to shake off the ‘nasty’ tag, which of course they’ll never lose because the people who dictate the terms are their even more left-wing opponents).

The result of the Conservatives having abandoned conservatism is the unintentional creation of a philosophical void. It has meant that the Conservatives, upon taking office, have found themselves unable to forge political direction for the country. Indeed, David Cameron almost prided himself upon this by describing himself as ‘pragmatic’ – in other words he blew with whatever wind direction was prevailing at the time. Into this void has stepped the Civil Service, which instead of being politically neutral as it always used to be, is now heavily politicised towards the Left. In addition, the rest of the élites which oversee so much of our public life have ensured that the Westminster Conservative Party have been softened up socially and culturally over dinner party tables. The Civil Service has thus successfully guided the Conservative government into territory that is now firmly occupied by the Leftist Clerisy.

It’s why, of course, the Conservatives have lost so many of their natural supporters over the years to UKIP and then The Brexit Party.

Until Boris (and his ruthless axeman Dominic Cummings) took over, the Conservative party was dying – and thoroughly deserving of death. In its desperation to appeal to centrists with no real sympathy for conservative values, it ditched most of its principles and showed nothing but contempt for its base.

David Cameron made this contempt quite explicit when he described himself as “the Heir to Blair.” Cameron, here was doing something similar to what his even more useless successor Theresa May did when she described the Conservatives as “the Nasty Party”: effectively conceding to the left that there is something shaming about conservative values and that the only way to rescue the tarnished brand would be to focus on social issues – like gay marriage – and bang the drum for ‘our’ (creaking, socialistic) NHS and ruthlessly weed out any potential Conservative candidates who sounded or looked like actual Conservatives.

Obviously there is still much work to be done here. It’s not yet clear how Boris is going to deliver Brexit or what arrangement he’s going to come to with The Brexit Party or how — as we all must hope — he’s going to nix Theresa May’s Withdrawal Agreement.

But these are just details. What matters far more is the bigger picture. For the first time since the 1980s, Britain finally has a government which is recognisably Conservative and is acting in accordance with the values of an essentially conservative country.

It’s a bit of a hostage to fortune, I know, given that so much could yet go wrong.

I believe though that Britain is on the verge of entering another golden age. And that Boris Johnson is set to join Winston Churchill and Margaret Thatcher as one of the three great Conservative Prime Ministers of the last 100 years.

I am totally enjoying these times and we are going to win.