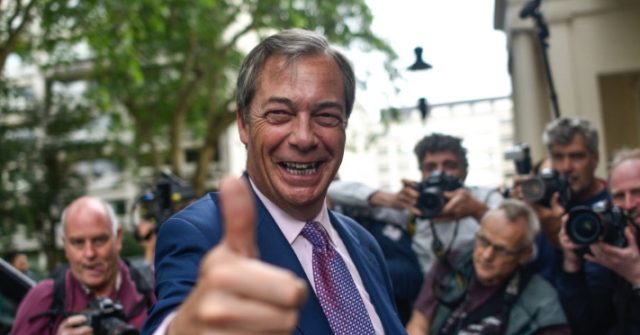 Now that Nigel Farage’s Brexit Party has cleaned up in the EU elections, its 29-seat victory making it the joint largest party in the entire European Parliament, the message about the political mood in Britain could not be clearer: Britain MUST remain in the EU.

At least that’s the conclusion currently being touted by the losing Remainers, who appear to be having a bit of a Downfall moment, as they attempt to move their non-existent divisions across their imaginary sand table in pursuit of the victory their loopy, deluded brains imagine is now inevitable.

Here is our old friend Anna Soubry, caught by Sky News heroically maintaining that even though her pro-Remain ChangeUK party won precisely zero seats in the EU elections it really hadn’t been a bad night for them because they got 600,000 votes. (The Brexit Party, by the way, got over 5,000,000).

Even more impressive is the Enron-style creative accounting going on at the BBC, which is insisting that what we’ve just experienced is a #RemainSurge. (Yes, it even has its own hashtag!)

A strong #RemainSurge in the EU elections: #StopBrexit parties are on 40.4%
way ahead of
Brexit Party/UKIP on 34.9%

And #StopBrexit parties are up an incredible 24 points. Brexit Party/UKIP up just 8 points.

All that remains now is for someone to tell us straight faced what Lisa Graves is jocularly telling us in these satirical tweets:

Closest, so far, is this unintentionally hilarious offering from Sam Gyimah. (Gyimah is one of those squishy Conservatives in Name Only who has fought meaningful Brexit tooth and nail and, like sundry Labour MPs, would like us to have a Second Referendum because unfortunately the plebby, ignorant voters got it wrong first time round).

Brexit Party won 5.2m votes, so the question for Nigel is where is the rest of the 17.4m “betrayed”. #EUelections2019

Right. So, by Gyimah’s inference, the 12.2 million voters who originally voted Brexit have since had second thoughts.

This, I fear, is precisely the kind of delusional complacency among the Conservative rank-and-file MPs which threatens to lose them the next General Election.

Me, I’m delighted by the result. On the way to the polling booth, I did briefly wonder whether I was going to give UKIP my sympathy vote for old times’ sake. But then I remembered that in any successful military campaign, you pour your forces into strength rather than reinforcing weakness. Seeing Annunziata Rees-Mogg’s name at the top of my local candidates list was the clincher: maybe, one day, her brother Jacob will cross the floor in order to join the governing Brexit Party…

Though obviously the result is sad for all the UKIP MEPs who have lost their seats and a terrible blow for brave, principled Gerard Batten, I don’t think Kippers generally need feel too downhearted.

First, the EU election results make a No Deal Brexit much, much more likely – and sooner, on October 31, rather than later.

Second, you could argue that in this assault on the EU citadel, UKIP helped win the battle by acting as the forlorn hope. I predicted this would happen before the elections. Or rather my friend Carbon Mike, whom I quoted in this column, did.

The smears and lies from what Martin Durkin calls “the new class” are not going to stop any time soon (if ever). One Leave-oriented party on the board means one target for them to attack. But two of them — especially when one of them has high-profile people with baggage — means that one can draw the enemy’s fire and soak up the negative publicity, and the other can say, “we’re the respectable Brexiteers”.

What happens next? Well we know what Nigel Farage and the Brexit Party want to do: first win the Peterborough by-election, then win the next General Election.

Whether or not this happens is largely, I think, in the hands of the Conservative party.

How serious will their next leader be about delivering real Brexit (rather than the fake version offered by his or her predecessor Theresa May)? How willing will all those Remainer MPs in the party be to shift their position on Brexit in order to save their skins? How ready will all those natural Tories who’ve vowed never to vote Conservative again be to change their views, if and when the Conservatives can find a leader who is competent and robust?

I don’t know the answer to this. Nor do any of you. We live in interesting times.