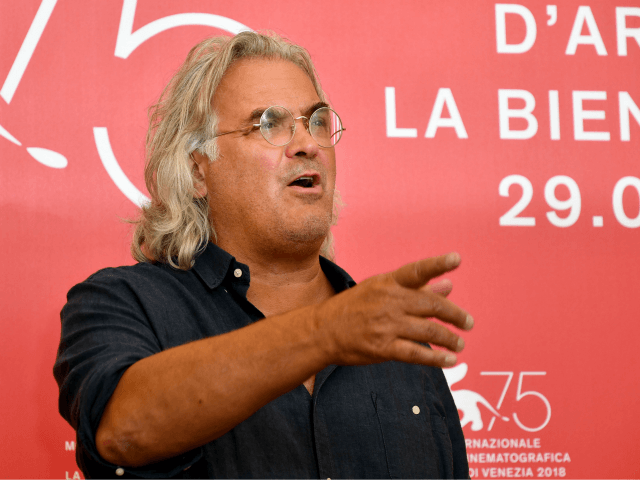 Paul Greengrass, the left-leaning director behind the Jason Bourne series, has a heartwarming message for you: if you’re worried about mass immigration then you’re just a step away from being Anders Breivik.

This is the subtle message of July 22,  Greengrass’s account of Breivik’s massacre of 69 kids on the island of Utøya in Norway, which I watched over the weekend so that you don’t have to. It’s a terrible film.

It’s terrible artistically, especially the turgid second half when it meanders into sludgy, low-stakes courtroom drama about whose outcome you really don’t care. (“Just put the bastard away forever – or better still, hang him!” is what you’re thinking. Not “Ooh how marvellous the impeccably liberal Norwegian penal system is, treating this psycho to a fair trial and kind treatment even when he complains about an injury to his finger caused by the skull fragments of a teenager he shot….”)

But it’s even more terrible politically because of the way it seeks to tar everyone who is not on board with the Soros open borders programme with the same brush as Anders Breivik.

You might think it a stretch to suggest that, say, voting Brexit puts you in the same league as a smirking far-right nutjob loner so blatantly psychopathic he was able to murder 69 unarmed teenagers in cold blood and still smile about it in court.

Greengrass, though, has no problem with this comparison.

Indeed at one point, he makes the link quite explicit. Breivik tells his lawyer that he wants the Norwegian people to “take back control” of their country.

This was, of course, precisely the catchphrase used by the Leave campaign during the Brexit referendum and repeated on television ad nauseam by politicians like Boris Johnson and Michael Gove.

Now I suppose it could be entirely coincidental: that Greengrass was merely working from transcripts of the notes the lawyer made during his client discussions, and that this was the most direct translation from the Norwegian.

But scriptwriters aren’t fools. They weigh every word and such phrases don’t appear by accident.

And in any case, it gels with much of what Greengrass has said about the  massacre in interviews

He told the Sunday Times:

“Reading [Breivik’s] testimony was a huge moment for me. I was amazed how so much of his intellectual construct — not his actions and methods, but his arguments, his frame of reference, his world-view — was now mainstream discourse. It would have been considered outré then, in 2011. But now? You know, ‘The elites are to blame, the sham of democracy, immigration and globalism…’

“The crash of 2008, flatlining economies, is linked to fears about migration, as opposed to the actuality. The fear of it was driving politics in a new way. You couldn’t miss it. I’m talking two years ago, before Brexit, before Trump, before the AfD in Germany. We were seeing this sea change – a drive to the right, nativism, nationalism. And inside that huge generational shift was being incubated something much, much darker.”

Greengrass takes it as a given that these concerns about mass immigration are misplaced — aberrant, even. Which presumably is why he finds it so easy to impose on his movie a message which a more politically nuanced director (if such a thing actually exists in Hollywood) would rightly consider to be crass, ugly, inflammatory.

“See what this leads to, all you Trump fans and Brexit voters and AfD members?” Greengrass is effectively preaching at us in this dodgy piece of agitprop. “Cute kids being shot in the back of the head, is what!”

It was his artistic choice to play it this way.

Another film of the massacre, Norwegian this time, takes a very different slant. In Erik Poppe’s Utøya: July 22, Breivik himself barely features, except in silhouette. It focuses, rightly I think, on the experience of those kids. Sure it veers towards what you might call “tragedy porn” recreating the last moments of 69 weeping, begging, screaming teenagers who just hours before were partying and bonding at their political youth camp. It’s certainly not my ideal viewing to sit through such horrors. But I can buy the argument that sometimes we need to stare at these horrible events unflinchingly, as an act of remembrance and as acknowledgement of the terrible things bad men are capable of, even in the era of Safe Spaces.

There can be no such excuse for Greengrass’s propagandised version of this same incident. It’s pretty obvious that the reason over half the film takes place after the massacre is so that Greengrass can allow himself plenty of time to linger on Breivik’s far-right views, about how good people who are pro-immigration are, and about how nice immigrants are, like the girl who forms a bond with one of the native-born Norwegians who has been shot.

I’ve never come across anyone on the right who remotely admires or sympathises with Anders Breivik.

But I do wonder sometimes whether the left doesn’t have a sneaking fondness for him. Not for what he did, obviously, but for what he represents.

Breivik is the guy that “proves” that the “far right” (which, these days, means anyone who is not left) is just a big a threat as Islamic terrorism. He’s the guy that made martyrs of 69 innocent teenagers — all of them good progressives on a camp run by Norway’s Labour party. He’s the guy who believes all the stuff that the wrong people believe: stuff like immigration control and strong borders.

The fact that he was a crazed one-off — and definitely not, as he maintained, part of an extensive network — is neither here nor there to the left.

He’s their gift that goes on giving. And that’s why people like Greengrass are never going to allow you us to forget him.