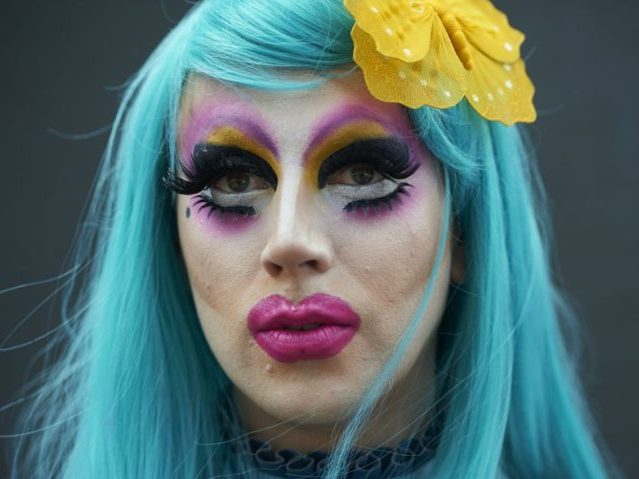 The Wellcome Collection — one of Britain’s leading medical museums — has upset many women by demeaning their sex with the unpronounceable, politically correct, trans-inclusive euphemism “womxn”.

We’ve had some questions about why we’re using the word womxn for this event. We’re using it because we feel that it is important to create a space/venue that includes diverse perspectives. It was agreed during our conversations with collaborators as the programme developed.

The “x” where the “e” should be is, of course, there to accommodate all those hordes of transgender activists who want to identify as women, even though biologically they remain as male as ever they were when they emerged from their mother’s womb with a set of boys’ dangly bits.

Quite understandably a lot of real women are unhappy about this invasion of their territory.

Wait! Let me fix that event name for you ‘gaslighting – who have we forgotten?’ Why, women! Your explanation is idiotic, I hope WOMEN boycott you in droves.

I find myself incurably curious as to why you have decided to erase the word women without for a moment considering why that might create a space/venue that excludes women. It is spelt WOMEN.

I’ll be a womxn when men become mxn. Until then jog on and stop eroding women’s rights.

The group to which I belong is not represented. Women. Adult human females. Once again, we are expected to give way, to concede ground that has been won at great cost over centuries. As an aside, when you say ‘womxn’ in conversation, how is it pronounced?

If the trans rights movement were a zombie aimed at destroying Western Civilisation — and it is — then it wouldn’t be one of the stumbling, shambling ones you see on Walking Dead. It would be one of those zombies-on-speed you see haring over the walls of Jerusalem in World War Z.

Which is to say no other identity politics movement has suborned our culture with such terrifying rapidity as trans rights.

Read this excellent summary in the Spectator by James Kirkup to realise how dire things have become.

According to Michael Biggs, an Oxford University sociologist, the speed at which transgender rights advocates have advanced their cause is unprecedented in western history. In less than a decade, he suggests, the movement has embedded itself in public and corporate life and often succeeded in changing policy and practice without significant scrutiny or question.

But how, exactly, did it embed itself in public and corporate life?

Those familiar with Vox Day’s SJWs Always Lie or SJWs Always Double Down will know the modus operandi. Sooner or later, every institution gets “converged” by SJW values — usually enforced by entryists in one of its less relevant departments like Human Resources or Diversity or Sustainability. These people — often fresh from “Uni” where they have imbibed all the worst idiocies of post-modernism and neo-Marxist identity politics — make no contribution to the institution’s core business. But like a mutant parasite, they use their leverage within the company to take control and shift its agenda.

The Wellcome Foundation (which funds the Wellcome Collection) is a case in point. What could be more absurd than a biomedical research charity — the second wealthiest charitable foundation in the world, after the Bill and Melinda Gates Foundation — endorsing a concept as quintessentially anti-science and anti-empiricism as the faddish notion that men and women are whatever gender they decide to be?

What business of Wellcome’s trustees is it to endorse such dangerous lunacy?

What business, for that matter, was it of the police to censure comedy scriptwriter Graham Linehan for “deadnaming” a trans activist by calling him by the male names he used to have before he decided he was a woman?

As Brendan O’Neill argues here this is a very scary development:

The intervention of actual cops into differences over transgenderism captures how intensely censorious this movement has become. Not content with having ‘TERFs’ like Julie Bindel and Linda Bellos harassed out of public-speaking events, or with successfully invading or closing down 15 public meetings of trans-sceptics in recent months, or with carrying out at least six incidents of violence or intimidation against feminists who oppose changes to the Gender Recognition Act that would make it easier for men to claim to be women, now trans activists want the police to punish ‘transphobic’ (read: heretical) speech.

Out of all the identitarian groups, trans activism is without question the most intolerant and the one most obsessed with linguistic policing. It wants to exercise total control over how people speak, and fundamentally think, about gender. But of course this tiny, strange movement cannot achieve this on its own. The truly worrying dynamic is the capitulation of so many cultural, political and social institutions to its Orwellian demands.

Yet none of this would have happened if our institutions weren’t so pathetically willing to cave to the aggressive demands of a tiny minority of transgender activists who insist they have every right to be called “women” but whose violent, bullying machismo rather suggests that a transgender leopard can never easily change his spots.

We should boycott the Wellcome Collection, men and women alike. That way it can experience the diverse perspective of knowing how it feels to be at the margins of our culture, loathed by all right thinking people, and with all its cruddy, modish displays on “womxn” consigned to the dustbin of history.