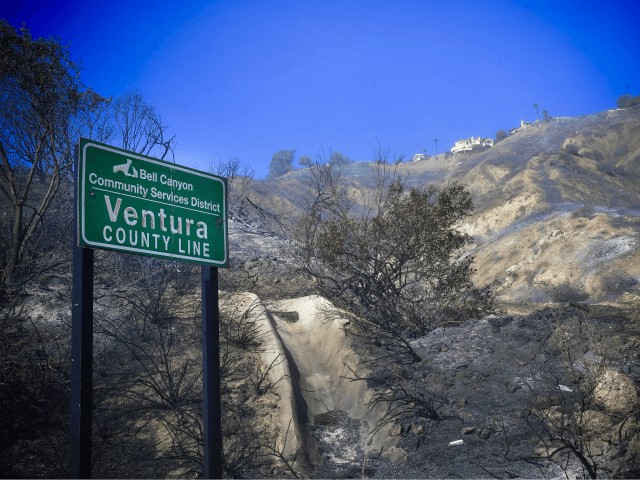 President Trump was partly responsible for the California fires because he ‘denies’ climate change. At least that’s what liberal California would have us believe.

The latest alarmist to make political capital out of the fires is California Governor Jerry Brown, who on Sunday – in the wake of celebrities including rocker Neil Young and talk show host Jimmy Kimmel – sought to pin them on climate change.

Brown called California’s recent battles with massive wildfires “the new abnormal.” He added: “Scientists and the engineers and the firefighters all tell us forest management is one element’’ to control them, but warned governments must address “a whole range of actions” to address a problem he said may cost “billions” of dollars to tackle.

“Managing all the forests everywhere we can does not stop climate change — and those that deny that are definitely contributing to the tragedy,’’ Brown said. “The chickens are coming home to roost. This is real here.” He advised that governments and officials need to be “pulling together in these tragic circumstances and thinking wisely,’’ while being “collaborative.’’

Governor Moonbeam, like many California liberals, has been mightily irked by the president’s claim that the fires were mainly down to the negligence and incompetence of the state’s authorities:

But Moonbeam’s fury is the rage of Caliban seeing himself reflected in the glass: it is highly unlikely that the fires had anything whatsoever to do with ‘climate change’; it is much more likely that they are at least partly the result of the green religion championed by Moonbeam and most of Hollywood.

As an experienced forester, Bob Zybach, told the Daily Caller earlier this year, many of the wildfires which have ravaged the western U.S. are a consequence of misguided, “eco-friendly” policies introduced in the Clinton era.

While some want to blame global warming for the uptick in catastrophic wildfires, Zybach said a change in forest management policies is the main reason Americans are seeing a return to more intense fires, particularly in the Pacific Northwest and California where millions of acres of protected forests stand.

“We knew exactly what would happen if we just walked away,” Zybach, an experienced forester with a PhD in environmental science, told The Daily Caller News Foundation.

Zybach spent two decades as a reforestation contractor before heading to graduate school in the 1990s. Then the Clinton administration in 1994 introduced its plan to protect old growth trees and spotted owls by strictly limiting logging.

There is no evidence that the climate in California has changed in such a way as to make forest fires more likely.

According the Fifth (and most recent) Assessment Report from the Intergovernmental Panel on Climate Change (IPCC), rainfall is expected to change little as a result of ‘climate change.’

More likely, the answer is that these fires are simply a case of the Californian environment doing what it has always done. It’s just unfortunate that there are now more people living in the area to suffer when things go wrong.

As the Daily Caller article noted:

Wildfire experts have also increasingly been pointing to the fact that more people and infrastructure are located in wildfire-prone areas than in the past, increasing the risk of wildfires impacting livelihoods.

A recent study found the number of homes at risk of wildfires in the western U.S. increased 1,000 percent since 1940, from about 607,000 in 1940 to 6.7 million. Since most fires are ignited by humans, the more people in fire-prone areas the higher the risk.

“This is a people problem,” said U.S. Geological Survey fire expert Jon Keeley. “What’s changing is not the fires themselves but the fact that we have more and more people at risk.”

It’s too early to say what and who, if anyone, can be held to blame for the California fires. But whatever the usual Hollywood suspects may tell you, it’s definitely not Donald Trump.