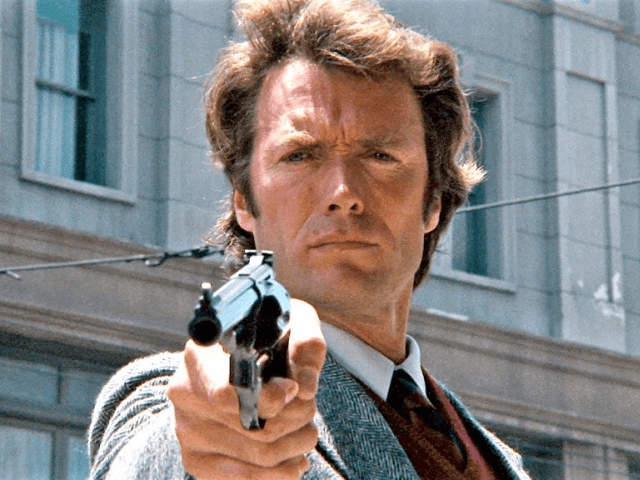 Everyone in Britain is loving the police’s latest PR move: ramming criminals as they try to escape on mopeds — then posting the video footage on social media.

Here’s a sample of some of the responses on Twitter:

I really enjoyed that footage, nice to see you getting the upper hand on these scum bags. Keep up the good work and if parliment start saying you are being to excessive then remember the public have your backs

I have zero sympathy for #moped thieves . Too soft on criminals these days . They know the score now, so it’s on them if they continue to be little shits . 😒

@GMB When snowflakery fails its time to get kinetic. Fact. #Moped @DavidVidecette

There are lots more in this vein. Indeed, about the only dissenting voice came from looney left rent-a-gob MP Diane Abbott, who tried in her usual way to make political mileage out of the news story by claiming that police were acting as though they were “above the law.”

Which for those of us lucky enough not to be Diane Abbott is all very good news indeed, for a number of reasons.

Reason 1. The British police appear finally to be waking up to the idea that their job is to prevent crime.

For years they’ve been largely avoiding this role, being far too busy painting their cars in rainbow colours to celebrate Gay Pride, or walking around in high heels (the men, that is) in order to show solidarity with domestic violence victims, or telling 13 year old girls it’s their own fault for being serially raped by Pakistani grooming gangs, or arresting people for using hurty words on Twitter, or fitting up young men who’ve had consensual sex with drunken women who’ve vindictively decided the morning after that actually it wasn’t consensual after all.

Now they’ve begun to realise that what the public really wants is actual bad criminals taken off the streets using the kind of methods Inspector Harry “Do you feel lucky, punk?” Callahan might well have endorsed.

For years, criminals have been getting away with murder — or street robbery, or acid attacks — by fleeing on mopeds, confident that police won’t pursue them for fear of jeopardising their health and safety. Word spread among the delinquent that so long as they removed their crash helmets they would be safe from pursuit because the police weren’t prepared to take the legal consequences of the little darlings falling off and hurting their little heads.

Now that the police have changed the rules, you’ll never guess what has happened.

Actually, you will because it’s bleeding obvious: moped crime has fallen by — depending on whom you believe – 36 per cent or 65 per cent.

Reason 3. The police are now standing up to the liberal-leftist bleeding hearts who are trying to stop them doing their job.

See how one London police department responded when Diane Abbott accused them of heavy-handed tactics.

Someone who’s responsible for law-making (or at least debating and ratifying new legislation) should probably realise that using tactical contact to terminate dangerous pursuits is entirely within our lawful power… And our responsibility.

When did you ever see a response so robust from any UK police account on Twitter? Normally they’re far too busy warning social media users not to say anything offensive or posting up footage of their officers getting into the groove at Gay Pride events. There’s an encouraging theory, endorsed by ex-coppers like Stephen Place whom I had on the podcast the other day, that none of the rank-and-file police has any time for the namby-pamby, politically correct policies imposed on them by their graduate direct-entry superiors with their fancy degrees in sociology and windsurfing, poi and forensics joint honours. Well if this is the sign of the beginnings of a backlash, it hasn’t come soon enough.