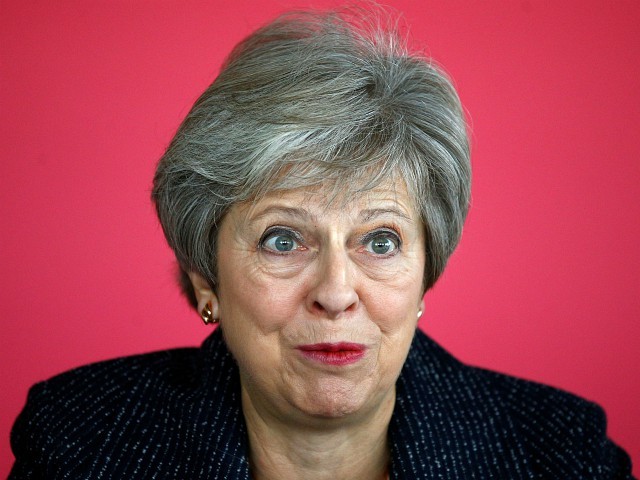 Britain’s Conservative government has devised a brilliant new strategy to distract from its disastrous handling of Brexit: faux outrage that Jeremy Corbyn has been caught by the cameras in Parliament muttering that Theresa May is a “stupid woman”.

Will @jeremycorbyn apologise or clarify exactly what he was saying? Looks shocking on the film, unacceptable in any environment. https://t.co/72BxkR8QRC

This strategy isn’t going to work for a number of reasons.

Personally I’m beginning to wonder whether Jeremy Corbyn would be worse. It seems to me that so long as the Conservative Party remains in thrall to a claque which believes in bigger government, higher taxes and political correctness — a claque which, furthermore, clearly has no interest in pursuing a regulation-lite, free market future outside the European Union — then we are doomed to be trapped in limbo for all eternity.

Maybe a bracing taste of hell-fire under Jeremy Corbyn would do us all good. It would certainly concentrate the minds of the Conservatives. If Labour does get into power it will be largely the fault of the Conservatives’ parliamentary party: through complacency and arrogance, it has become so far removed from the grassroots members that they really have little reason to keep them in power. Far better to let the party destroy itself and then hope that a phoenix rises from the ashes.

Being an optimist, I’m still hoping that something will turn up and we’ll still get the No Deal Brexit — which is by far the best deal we can hope for at this stage. The problem is — and this goes back to the David Cameron era — the parliamentary party has largely been purged of Thatcherite types and replaced by Blairite Europhiles.

Here — to give you a brief moment of cheer — is one of those Blairite Europhiles being put back in his box by Douglas Carswell, the former Conservative MP who defected to UKIP and who fought — and won — a by-election.

Nick is threatening to side with Corbyn in the coming confidence vote. I wonder what they’ll make of that in Grantham? https://t.co/siiqMJOVVp

So call a by election.