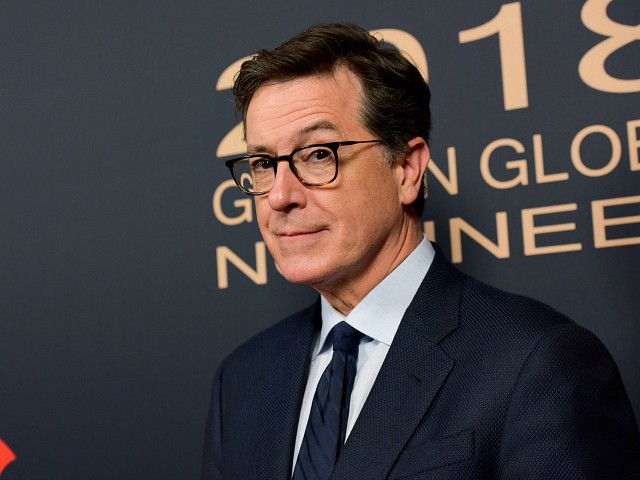 Stephen Colbert has mocked President Donald Trump’s claim that he has a “natural instinct for science” with a sketch pouring scorn on his alleged ignorance of climate change.

“I have a natural instinct for science, and I will say that you have scientists on both sides of the picture,” President Trump said to the Associated Press in a Tuesday interview.

After a year of massive storms causing untold damage, and our glaciers just shrinking in every direction, Trump was still ambivalent on the concept of climate change. He told the reporter, “You have scientists on both sides of the issue.” That is true, there are scientists on both sides. On one side, all the scientists. On the other, one guy who runs a blog called RealTrueAmericanScienceEagle.jesus.

Though his reliably partisan audience found the sketch uproariously funny, the joke was really on Colbert: it showed that Trump knows more than he does about climate change.

Those massive storms are a weather event that has nothing to do with climate change. In fact, in the last few decades, the U.S. has experienced a hurricane drought, contradicting alarmist claims that man-made global warming is driving extreme weather.

Glaciers are shrinking in some parts of the world and expanding in others. There is little, if any, evidence to suggest that this is a man-made phenomenon.

The last quip is a huge insult to the large number of eminent scientists including Richard Lindzen, emeritus Alfred P. Sloan professor of meteorology at Massachusetts Institute of Technology; Fred Singer, emeritus professor of environmental science at the University of Virginia; and Will Happer, Cyrus Fogg Brackett professor of physics, emeritus, at Princeton University. All are highly skeptical of the man-made global warming theory.