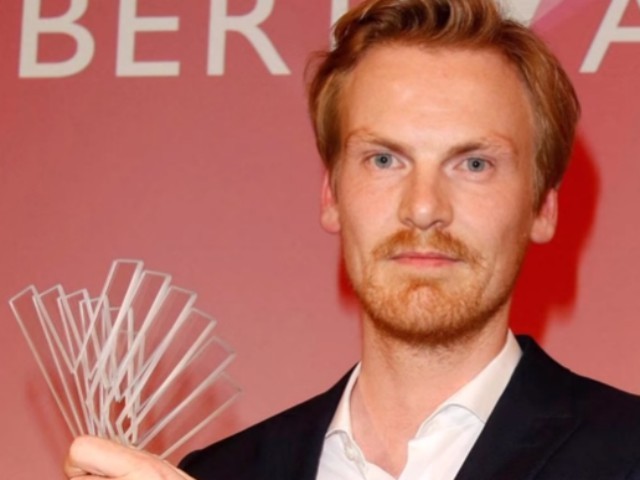 Claas Relotius – the CNN ‘Journalist of the Year’ exposed as a lying fraud – smeared small-town American Trump voters as backward, gun-toting hicks in one of his fake news articles for the German magazine Der Spiegel.

In Medium, Michele Anderson from Fergus Falls, Minnesota, describes how Relotius visited her town on a three-week investigation into Trump’s America – and then misrepresented it with a pack of lies.

What happened is beyond what I could have ever imagined: An article titled “Where they pray for Trump on Sundays,” and endless pages of an insulting, if not hilarious, excuse for journalism.

Not only did Relotius’ “exposé” on Fergus Falls make unrecognizable movie-like characters out of the people in my town that I interact with on a daily basis, but its very basic lack of truth and its bizarrely bleak portrayal of the place I love left a very sick, unsettled feeling in the pit of my stomach.

There’s really nothing like this feeling — knowing that people in another country have read about the place I call home and are shaking their heads over their coffee in disgust, sharing the article on Facebook and Twitter, and making comments on the online article like “creepy,” and “these are the people who don’t believe electricity exists.”

Relotius has received accolades for his daring quest to live among us for several weeks. And yet, he reported on very little actual truth about Fergus Falls life. In 7,300 words he really only got our town’s population and average annual temperature correct, and a few other basic things, like the names of businesses and public figures, things that a child could figure out in a Google search. The rest is uninhibited fiction (even as sloppy as citing an incorrect figure of citywide 70.4% electoral support for Trump, when the actual number was 62.6%), which begs the question of why Der Spiegel even invested in Relotius’ three week trip to the U.S., whether they should demand their money back from him, and what kind of institutional breakdown led to the supposedly world-class Der Spiegel fact-checking team completely dropping the ball on this one.

Anderson – writing with Jake Krohn – goes on to detail Relotius’s elaborate fabrications. One of his subjects, city administrator Andrew Bremseth, was distorted almost beyond recognition.

Everything else, from the claim that Bremseth carries a Beretta 9mm on his person while at work (“I would never ever wear a gun to work, and I don’t even own a Beretta.”), his disdain for a potential female president, his comment that Trump would “kick ass” (“Never said that”), and even his college-era preference for 18th century French philosophers (“Never read them”) and the New England Patriots (“I’m not a fan of them at all”), is complete fiction. Says Bremseth, “Anyone who knows anything about me, this [portrayal] is the furthest from what I stand for.”

Perhaps the oddest fiction in a list of many is Relotius’ depiction of Bremseth as someone who “would like to marry soon…but he has not yet been in a serious relationship with a woman. He has also never been to the ocean.”

We can attest that Bremseth has indeed been to the ocean, by his account, “many times” and is currently happily involved in a multi-year, cohabitational relationship with a woman named Amber.

“But how did he get with it for so long?” is the question almost no one is asking – because the answer’s obvious.

In the left-liberal mainstream media so long as you’re pushing the correct “woke” narrative you can get away with murder.

This is how serial fabricator and liar Jayson Blair got away with it for so long at the New York Times. He had arrived on an internship for minorities and knew exactly how to play his blackness to advantage in an environment suffused with white liberal guilt.

By all accounts, Blair was not hesitant to bring up race around the office. “As soon as we met, he wanted to know how I felt about him being a black man,” says a Times writer. “He was obsessed about how minorities were hired differently.”

Similar rules applied to Johann Hari, the award-winning British star journalist for the Independent and other left-wing publications, who was eventually exposed as a serial plagiarist – stealing quotes from other people’s interviews as if they were his own.

Hari would have been rumbled much earlier – and would probably never have risen to the starry heights he achieved in his heyday – if his politics had not been so impeccably woke.

Journalistic malpractice of this kind is confined almost exclusively to the liberal-left.

This is not just because conservatives are generally better people (though we are), nor because we know the consequences of being found out would be much harsher and less sympathetic (though they would be because there’s nothing the left likes more than a conservative scalp). Mainly it has to do with the fact that the left and the right have entirely different moral outlooks.

As far as the right is concerned, truth is all. For a journalist the pursuit of the truth is the highest calling. Why would you want to make stuff up when reality is so much more interesting? And why would you need to slant your story in a right-wards direction when the facts of life are conservative anyway?

For the left, facts and logic are dispensable if twisted in the pursuit of a higher cause: the woke narrative. To use the example of Claas Relotius’s smearing of Fergus Falls, Minnesota at the beginning, it really doesn’t matter much to a leftist journalist if you tell lies about people who vote for Donald Trump. That’s because, in leftist eyes at least, Trump voters are at best stupid and at worst sick or evil – therefore by misrepresenting them you are not actually lying, only rearranging reality in order to serve a more important, higher truth.

This is why it has always struck me as a huge mistake, the way the left keeps banging on about #fakenews. It’s like Quasimodo telling everyone how ugly and hunchbacked they are. Look in the mirror, freak!