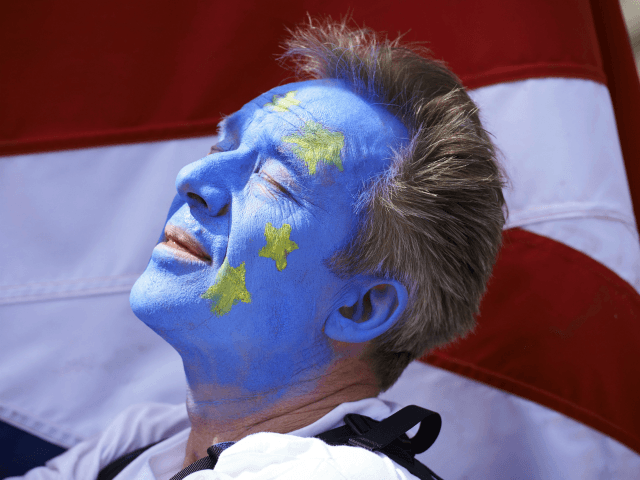 Britain’s Civil Service has been “war-gaming” a second EU referendum.

According to The Times:

Civil servants have started secret contingency planning for a second referendum, it can be revealed.

Within the past fortnight they have responded to fears that Theresa May will struggle to get a Brexit deal through parliament and have been “war-gaming” a new vote.

Whitehall’s official excuse is that it is simply doing its due diligence:

“Civil servants have to prepare for every eventuality and with the prime minister’s ability to command the support of parliament looking shakier by the day, it is their job to make contingency plans for every possibility, however remote, including a second referendum,” a source said.

Yeah, right. If Whitehall were as thorough as that “source” claims, it would have been a lot more prepared, a lot earlier, for the much more likely outcome of a “no deal” Brexit.

But Whitehall and the government aren’t remotely prepared for Brexit.

As a ‘senior Brexit official’ complained as recently May this year:

‘Our preparedness for no deal is virtually non-existent.

‘Our ability to deliver a ‘no deal’ outcome recedes with every week that passes.’

That, remember, was nearly two whole years after the people had made their decision to Leave in the Brexit referendum. You’d think, given what we have long known about the European Union’s determination to make Britain’s exit as painful and expensive as possible in order to ensure that none of the EU’s other hostage states tries to escape, that the likelihood of a ‘no deal’ outcome would have been a no-brainer.

The real reason that Whitehall and Theresa May’s government have made so few preparations for a ‘no deal’ Brexit is because neither of them was ever serious about leaving.

Whitehall — the Civil Service — is run by doctrinaire Europhiles.

May’s government — including the Prime Minister herself as well as her Chancellor and, till recently, her Home Secretary — is currently controlled by a faction of Remainers.

Everything they have done in the negotiations so far — Britain’s Remain-sympathising, pro-EU chief negotiator Olly Robbins palling up with his EU opposites; the sidelining of former Brexit minister David Davis; May’s springing on her Cabinet the devious Chequers Plan drawn up in secrecy by her Remainer civil servants — has been contrived to ensure that Britain ends up with Brexit In Name Only. That was their plan from the moment 17.4 million people delivered the ‘wrong’ decision. If the Remainers couldn’t win democratically, then they instead they’d do so through the back door.

That was what so ludicrous about the carnival staged by 170,000 or so Remoaner losers in London on Saturday: they claimed to be demanding something they called the ‘People’s Vote’ —  (ie a second referendum).

But the People — the real people, that is — already made their vote in June 2016. And now the liberal elite — as represented by all the losers who were bussed in for that luvvie love-in in London Saturday — are trying to delegitimise their democratic decision by demanding a rematch of a dirty fight that the elite quite rightly lost despite their best efforts to rig it.

Truly there is no end to the Remoaners’ hypocrisy and deviousness.

Here is another example of just how convinced the Remainers are — as they fester in their Remainer bubble, burbling only to their own kind, oblivious of the normal, sane people in the real world beyond — that Brexit is never going to happen.

It’s a report, from earlier this year, that the Electoral Commission has ring-fenced nearly £1 million (of taxpayer’s money) as a contingency fund for if Britain were to vote in the European parliamentary elections in May 2019.

But Britain is officially leaving the EU at the end of March 2019 and will have no further participation in EU parliamentary elections, nor will its current MEPs any longer have a job.

What this suggests is that, just like in the U.S., Britain has a major problem with a Deep State which is acting to preserve its own interests and against those of ordinary people.

Here’s my take home from all this: just because these people are given endless airtime on the BBC and elsewhere to ‘explain’ — in the guise of grown-ups who know best — why Brexit is all much, much more complicated than we think and why we shouldn’t expect anything like the full Customs Union and Single Market exits we voted for doesn’t mean we should take them seriously.

We, only the other hand, have right and truth on our side. We voted Brexit. And Brexit is what we are going to get.