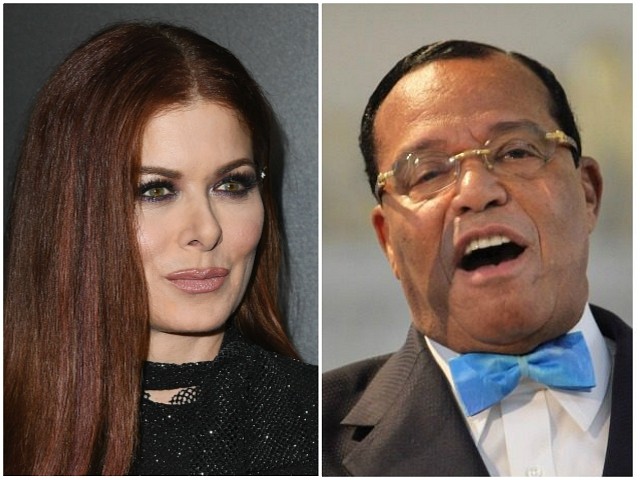 Debra Messing has joined actress Alyssa Milano to denounce leaders of the left-wing Women’s March for refusing to distance themselves from anti-Semitic Nation of Islam Leader, Louis Farrakhan.

The Will & Grace star fired up her Twitter account to say that she stands with Charmed actress Milano in demanding that the Women’s March denounce Farrakhan.

I stand with you @Alyssa_Milano https://t.co/FKN31ApXnU

Milano is calling for the leaders of the Women’s March, Linda Sarsour and Tamika Mallory, among others, to step down from their positions of leadership because they have both been seen in full support of Farrakhan.

Alyssa Milano says she will not speak at the next Women’s March as long as Linda Sarsour and Tamika Mallory remain a part of the leadership and refuse to condemn Louis Farrakhan’s anti-semitism. https://t.co/GvrrZ5fyPy

Milano bashed Sarsour and Mallory for not denouncing Farrakhan. “Any time that there is any bigotry or anti-Semitism in that respect, it needs to be called out and addressed. I’m disappointed in the leadership of the Women’s March that they haven’t done it adequately” Alyssa Milano told The Advocate at the end of October.

The one-time child actress went on to say that she will have nothing more to do with the Women’s March until they disavow Farrakhan. And now fellow actress Messing, who is Jewish, has signed onto that same sentiment.

In fact, far from simply refusing to denounce his hate, Mallory seems to be fully on board with Farrakhan’s anti-Semitism. In June she was heard saying that the founding of Israel was a “human rights crime,” and she has also been seen as an appreciative member of the audience at speeches given by the leader of the Nation of Islam.

For his part, Farrakhan has spent decades calling Jews his enemy and calling for their elimination. And as far back as 1984 he even called Adolph Hitler a “very great man.”

His anti-Semitism is not just a decades-old statement, either. Last month Farrakhan called Jews “termites” by joking that he is not anti-Semitic, but is instead “anti-termite.”

Worse, in early November he was seen leading chants of “Death to Israel” and “Death to America” during a visit to Iran.