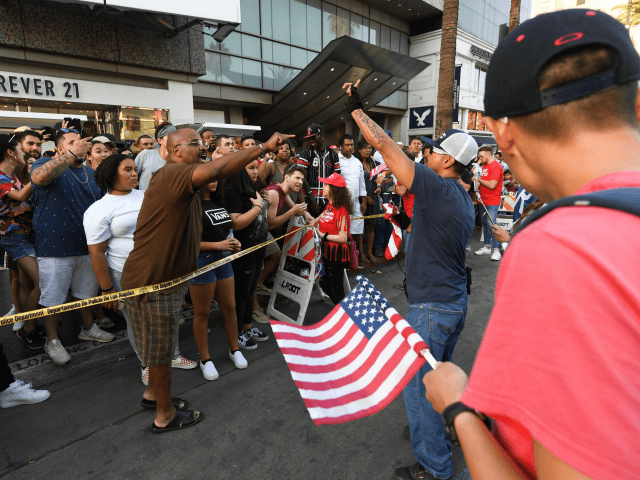 Left-wing activists and organized mobs have committed some 40 acts of violence and thuggery against President Trump and his supporters in October, and there are still two days to go.

The left’s wanton acts of violence, vandalism, harassment, bullying — combined with the establishment media’s defense and justification of same — more than doubled the 16 recorded acts in September and 18 acts in August.

Contributing to this threatening atmosphere of violence is, of course, the looming midterm elections and the bitter fight to confirm Brett Kavanaugh to the Supreme Court.

While the establishment media attempt to pin the appalling crimes of a serial criminal and vehement Trump hater on Trump and his supporters (an act that will only gin up more hate and violence against Trump and his supporters), throughout the country Republicans are facing organized acts of criminality and harassment at the rate of nearly 1.5 per day.

There was an assassination attempt against President Trump:

One MSNBC commentator called for the military to remove Trump from office:

There appears to have been an assassination attempt against Senator Susan Collins (R-ME) for her support of Brett Kavanaugh:

No fewer than five Republican campaign centers and a club have been vandalized:

There have been 12 rape and death threats aimed at Republicans, their families, and supporters:

There have been nine assaults and attempted assaults against Republicans

There have been six acts of harassment and open calls to harass Republicans:

Three high-ranking Democrats have called for more violence and incivility:

A Trump supporter’s truck was lit on fire:

At the time of writing, Breitbart News has recorded over 625 events of this kind against Trump and his supporters. The media either ignore, downplay, or justify these attacks.