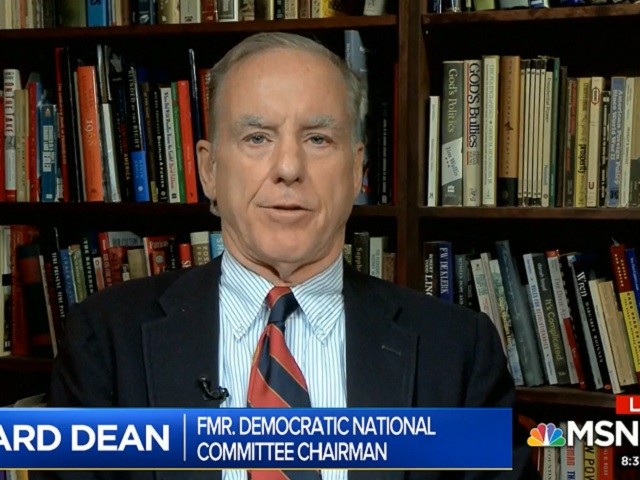 Dean said, “[T]he young people in this country are not with this sort of evil, nasty, authoritarianism you see now that the Republican Party has become. They’re not. … So, I think we are going to do well. I think we are going to take back the country. Look, evil lurks in the hearts of men. That’s — and it does. And what Trump tapped into is evil. And eventually, we’ll overcome that. Because the Republicans are always about the past and they’re always about fear of the future. And the Democrats have made plenty of mistakes, but they are about the future and idealism and making America a better place. I think in the end, hope wins over evil, but it takes a long time, and it lurks — both of those lurk in humankind. And that’s what this struggle [is] about. This has now become a struggle about good versus evil, and the president of the United States is evil.”