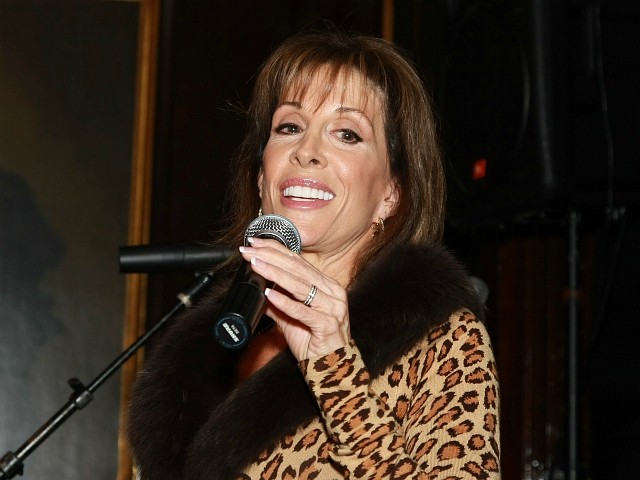 The daughter of iconic singer Dean Martin has vowed to continue singing her father’s classic Christmas song “Baby It’s Cold Outside,” despite an Ohio radio station pulling it for supposedly inappropriate lyrics.

“It won the Oscar for ‘Best Original Song’ in the 1949 film ‘Neptune’s Daughter.’ It’s been recorded by dozens of the world’s top recording artists for over 60 years, including my dad Dean Martin,” his daughter Deana Martin told Fox News. “This song is included in his very successful 1959 ‘Winter Romance’ album and I’m very proud that it has become an evergreen favorite that is played every holiday season.”

“I personally love performing ‘Baby It’s Cold Outside’ and will continue to do so,” she added. “Merry Christmas!”

Martin’s comments come after various radio stations decided to pull the song, which was first written in 1944 for the romantic comedy film Neptune’s Daughter, over claims it promotes date rape and sexual harassment, with its lyrics including Martin asking a woman to spend the night with him.

Glenn Anderson, one of the hosts of the Ohio radio station WDOK, which first decided to ban the song, described the song as “very manipulative and wrong.”

“Now, I do realize that when the song was written in 1944, it was a different time, but now while reading it, it seems very manipulative and wrong,” he said. “The world we live in is extra sensitive now, and people get easily offended, but in a world where #MeToo has finally given women the voice they deserve, the song has no place.”

After WDOK pulled the song, stations in Cleveland and Colorado also followed suit, sparking a backlash by listeners on social media.

As noted by Breitbart columnist James Zumwalt on Friday, the song’s first major detractor was the “Godfather of the Muslim Brotherhood” Sayyid Qutb, who became enraged after hearing it at a church community event in Greeley, Colorado.

In 2015, The Washington Post also called for a “feminist approved” version of the song, with columnist Jessica Contrera pointing to how “evolving views on the prevalence of rape, especially between non-strangers, has pushed criticism of a Christmas classic into the mainstream.”