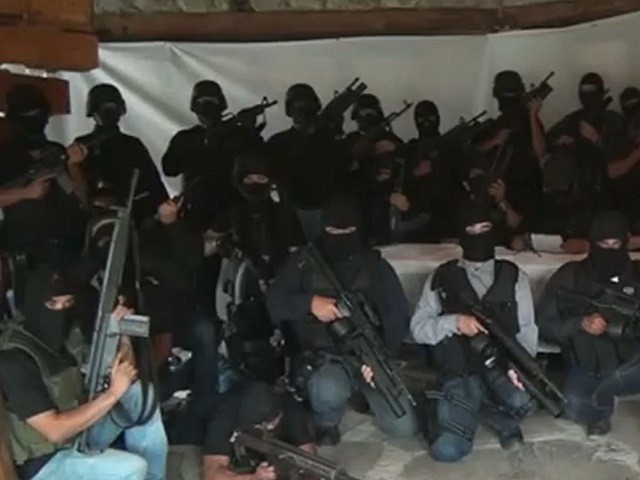 The finding comes in the 2018 National Drug Threat Assessment just released by the U.S. Drug Enforcement Administration (DEA). During the past 10 years, the drug landscape has changed with the dramatic increase of opioids, the DEA report stated. The agency claims that drug poisoning deaths typically tied to overdose or to emerging drugs like fentanyl are spiking.  In 2016, approximately 174 people died every day from drug poisoning. These deaths outnumber those caused by firearms, motor vehicle crashes, suicide, and homicide. The agency reported that the U.S. opioid threat — including controlled prescription drugs, fentanyl, and other synthetic opioids, and heroin — has had a devastating effect.

The DEA identifies the Sinaloa Cartel, Jalisco New Generation Cartel, the Gulf Cartel, Los Zetas, Beltran Leyva, and the Juarez Cartel as the criminal organizations responsible for flooding U.S. streets with narcotics. Mexican drug cartels are listed as having deep connections with Colombian drug cartels and with U.S.-based street gangs leading to an established distribution line.

Sinaloa Cartel — One of the oldest and more established criminal organizations. The Sinaloa Cartel is considered to still be the one with the largest footprint in the U.S. The criminal organization has established routes into Phoenix, Los Angeles, Denver, and Chicago. The cartel’s drugs are primarily pushed across the Mexican border with California, Arizona, New Mexico, and West Texas.

Cartel Jalisco Nueva Generacion (CJNG) — Considered to be the newest of the six main drug cartels, their rapid expansion is characterized by their willingness to engage in violent confrontations with Mexican Government security forces and rival cartels. The drug cartel operates in the border cities of Tijuana, Juarez, and Nuevo Laredo and has distribution hubs in the U.S. cities of Los Angeles, New York, Chicago, and Atlanta.

Juarez Cartel — Based out of the Ciudad Juarez, Chihuahua, the criminal organization operates primarily through West Texas and New Mexico. Its drug distributions hubs include El Paso, Denver, Chicago, and Oklahoma City. A turf war between the Juarez and Sinaloa Cartels is to blame for the 2010 spike in murders in that city.

Gulf Cartel — Another of the older cartels in Mexico, this criminal organization operates primarily out of South Texas and moves marijuana, cocaine, heroin, and methamphetamine to Houston, Detroit, and Atlanta. In South Texas, the Gulf Cartel coordinates with local gangs to not only handle local distribution but also carry to out attacks and assassinations against targets throughout the nation, the DEA revealed.

Los Zetas — An offshoot of the Gulf Cartel, the criminal organization crosses their drugs through the states of Coahuila and Tamaulipas to deliver them to Laredo, Dallas, New Orleans, and Atlanta. The cartel underwent a series of schisms that led to the criminal organization’s diminished influence but it still maintains busy smuggling corridors. According to the DEA, Los Zetas have lost much of their power in recent years with the cartel splintering into two rival factions – the Northeast Cartel (Cartel del Noreste, or CDN), representing a rebranded form of mainstream Zetas, and the Old School Zetas (Vieja Escuela or VE), which is a breakaway group.

Beltran Leyva Cartel — Another offshoot of the Sinaloa Cartel, the criminal organization operates in the Mexican states of Guerrero, Morelos, Nayarit, and Sinaloa and has working relationships with Juarez, Los Zetas, and CJNG to access smuggling corridors. The BLO runs distribution hubs in Phoenix, Los Angeles, Chicago, and Atlanta.