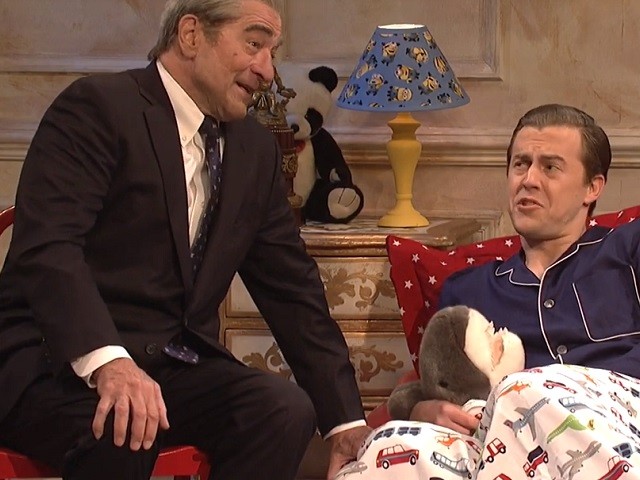 De Niro’s role as Mueller this time came in an appearance hiding out the closet of an infantile version of Trump son Eric Trump, played by cast member Alex Moffatt.