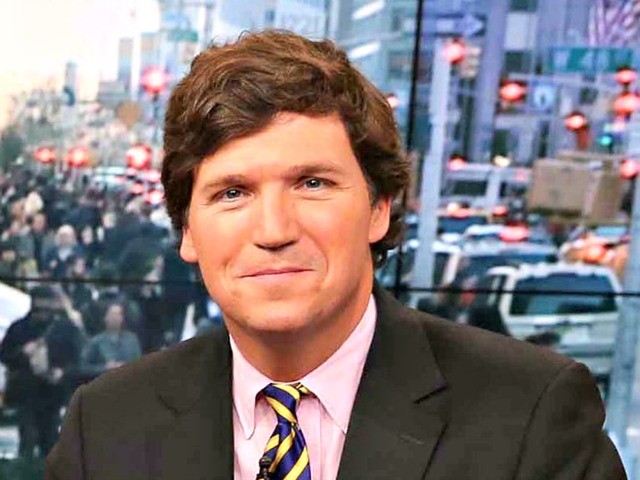 Police in D.C. are now investigating a left-wing mob protest that occured Wednesday evening at the home of Fox News Channel’s Tucker Carlson, citing vandalism of Carlson’s home and car.

A police report obtained by The Daily Caller News Foundation reveals police are investigating the matter as a “suspected hate crime.” One box labeled “hate bias/motivation” was filled in “anti-political.”

Smash Racism DC, the group responsible for the protest, shared Carlson’s and other conservative media personalities’ addresses online last night and set up outside of Carlson’s home, calling him a “racist scumbag” and chanting, “Tucker Carlson, we will fight. We know where you sleep at night.”

According to the police report, Carlson’s wife was home alone at the time of the protest and heard loud banging and pounding on the front door of her home. Carlson’s wife made a call to police after witnessing and hearing people chanting loudly with a bull horn outside of her home.

“I called my wife,” Carlson told The Washington Post in a phone interview. “She had been in the kitchen alone getting ready to go to dinner and she heard pounding on the front door and screaming. … Someone started throwing himself against the front door and actually cracked the front door.”

An anarchy symbol was spray painted on the driveway and several signs making reference to V-1’s political affiliation were left on the vehicles and the front door of the home, according to the police report.

Suzanne Scott, CEO of FOX News, and Jay Wallace, President of FOX News, released a statement regarding the protest on Thursday evening:

“The incident that took place at Tucker’s home last night was reprehensible. The violent threats and intimidation tactics toward him and his family are completely unacceptable. We as a nation have become far too intolerant of different points of view.  Recent events across our country clearly highlight the need for a more civil, respectful, and inclusive national conversation. Those of us in the media and in politics bear a special obligation to all Americans, to find common ground.”