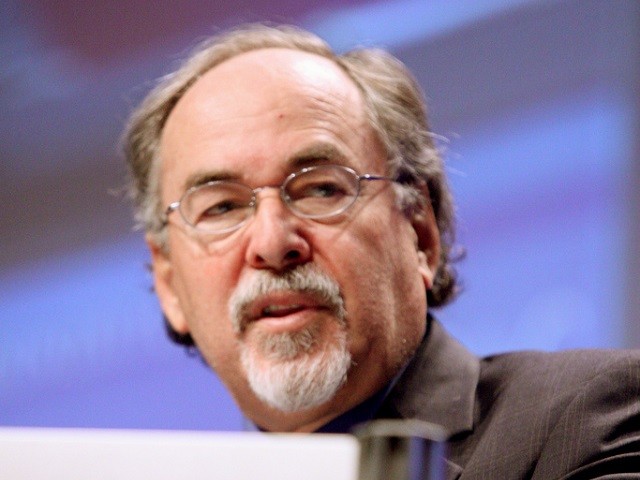 In the beginning, the Florida gubernatorial contest looked to be a no-brainer.

On the one hand, Rep. Ron DeSantis (R-FL) is an Iraq War veteran and Bronze Star recipient, a Harvard Law graduate, and a three-term congressman representing Florida’s sixth district. His opponent, Tallahassee mayor Andrew Gillum, is facing corruption investigations by the FBI, and is a demagogue who fends off questions about his coziness with pro-terrorist groups by calling them racial attacks.

But the Democrats and their complicit media have put DeSantis on the defensive by making it a campaign about race.

And because DeSantis is obviously not a racist, and there is no evidence to suggest he is, Gillum and his press enablers have set out to destroy the Republican by first slandering people like me.

I have been cast as the most prominent of these racists, thanks to a devious headline in the Washington Post, and a tsunami of irresponsible spinoff attacks by reporters in press.

The devious Post headline was this: “GOP Candidate For Fla. Governor Spoke At Racially Charged Events.” That event was the “Restoration Weekend,” a gathering begun by Laura Ingraham and Jay Lefkowitz that I have hosted for nearly 25 years.

The Post smear turned out to be just the match that lit the fuse. A tsunami of articles followed in media sites like Politico, Huffington Post, GQ, Newsweek, New York Magazine and a cluster of Florida newspapers, tying DeSantis not only to a “racially charged” event but to an event hosted by “an infamous racist,” “a white supremacist,” and “an anti-Muslim fanatic” — namely, me.

In normal times, I would be the last person that anyone would attempt to misuse this way. I have a fifty-year public record of writings on race, including three books — all of which advance Dr. Martin Luther King Jr.’s idea that Americans should judge each other on the content of their character, not the color of their skin.

I am possibly the only conservative who defended Trayvon Martin during the trial of his killer George Zimmerman, and I participated in my first civil rights protest 70 years ago, in 1948. I have been an active advocate for civil rights ever since.

People familiar with me and my work know this. But not many Floridians do, so for the purpose of slandering DeSantis, the stigma is still potent. Moreover, if Gillum supporters are “Never Trumpers,” it turns out they will join the fake news frenzy, knowing that its purpose is to deploy lies to destroy the character and career of DeSantis, a good and decent man.

Just this week, The Daily Beast ran a story with the title, “Association With Extremist David Horowitz Catches Up With Ron DeSantis.” The story was written by Ron Radosh, who was a friend and political ally of mine from the time I met him in 1951 until he became a Never Trumper, and turned his back on me and our friendship.

In the Beast article, Radosh provided testimony that exposed the anti-DeSantis campaign as a fraudulent effort at character assassination: “I have known David Horowitz for about 50 years. He is not, and never has been, a racist, and has defended himself ably from that charge.”

On the other hand, even recognizing that the Gillum forces, which include obviously the Democratic National Committee, are engaged in a reprehensible campaign of defamation was not enough to stop Radosh from piling on. “Just about everything that Horowitz — whose group the would-be governor says ‘tells the American people the truth’ — has said in recent years is unbalanced or worse,” Radosh said. In other words, if one smear won’t work, try another.

Although I have published three books in the last two years, Radosh turns to my Twitter feed for evidence of my extremism. One of the “unbalanced or worse” comments of mine he chooses to single out is this: “There are no bigger or more compulsive or more shameless liars in this country than Democrats; no more vicious or cynical character assassins than liberal talking heads on CNN and MSNBC.”

I think I’ll stand by that.

David Horowitz is the author of Big Agenda: President Trump’s Plan to Save America and the nine-volume Black Book of The American Left.