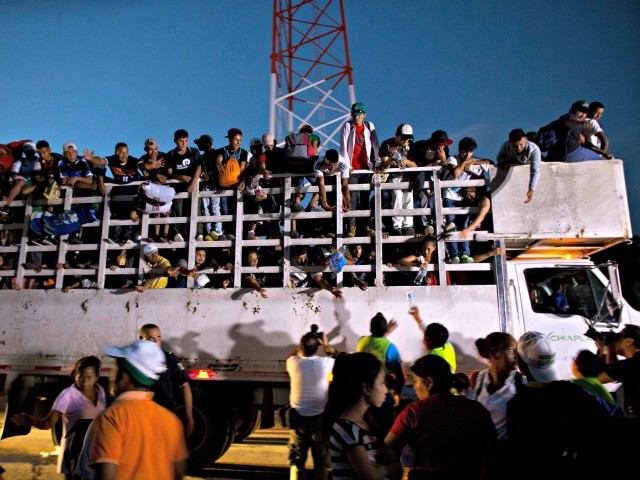 Clarke said, “I want to thank the president for remaining firm on protecting the southern border from this trespassing. This is an invasion of the United States. Illegal immigration has boiled to the top of issues going into the midterms. … It will remain a top issue.”

Clarke added, “This is really the result of Congress not acting on our broken immigration system. The president does have some options. He’s weighing those options right now [and] talking with his advisers. He’ll come up with something to deal with this influx.”

Clarke continued, “There’s no way the border can handle an influx of fourteen or fifteen thousand people at one time. Keep in mind that this thing started out in Honduras with about fifteen hundred people, now it’s up anywhere between eight and fifteen thousand.”

Clarke concluded, “This is a national security threat, and the president has — under the Constitution and the federal code — the authority to do certain things when a national threat emergency presents itself, and that’s what he’s looking at here.”

House noted how some of the caravaning migrants described their travels as economically motivated.

“They support open borders,” said Clarke. “They support lawlessness. People who come here looking for work, there’s a proper way to do what.”

Clarke noted how asylum claims should be submitted within the first safe country entered by asylum-seeking migrants.

Clarke said, “[Americans] are against this invasion. Fourteen or fifteen thousand people storming your border is an invasion.”