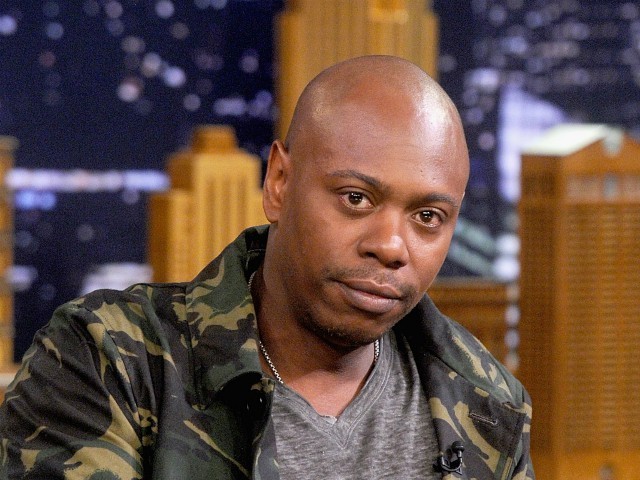 Veteran comedian Dave Chappelle tore into President Donald Trump and called his rhetoric “repugnant” in an interview with CNN’s Van Jones that aired this weekend.

Van Jones asked Dave Chappelle about how he said that he wanted to give President Trump a chance following the 2016 election.

“I’m wishing Donald Trump luck. And I’m going to give him a chance. And we, the historically disenfranchised, demand that he give us one too,” the comedian said on SNL in November 2016.

Asked about that statement now, Chappelle said, “It’s hard to tell where Trump ends and his constituents begin, but I think that the rhetoric of his presidency is repugnant.”

“I just don’t like the way he talks. I don’t like…you know…we’re living in a time where there’s gotta be a little more cultural sensitivity,” the 45-year-old continued.

“And even a guy like me that’s just writing jokes, I have to listen more than I’ve ever had to listen cause the gripes is coming so fast and furious, and I’m not dismissive of people’s gripes–might sound like it on stage, but I listen, and as a president of a country that’s as eclectic as ours, you look around your crowd and you see it’s like a patchwork of people. I just think that he’s speaking to a very small choir.”

The Chappelle Show star then clarified that the reason he said that people should give Trump a chance is simply because he’s the president, saying, “What choice do I have?”

Despite what he may say about the president, Chappelle hasn’t given into the Hollywood left-wing mob. He defended rap star Kanye West following his pro-Trump stance in the Oval Office.
“I’m not mad at Kanye. That’s my brother — I love him, I support him,” he said, though he did follow up by saying that West “shouldn’t say all that shit.”