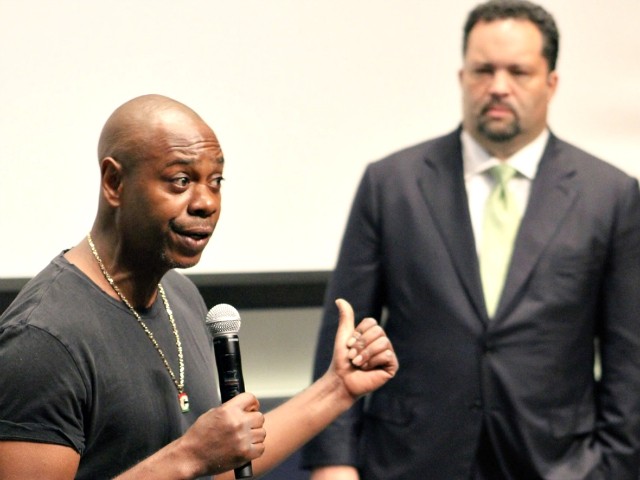 Comedian Dave Chappelle has denied that he spoke against a plan for affordable housing during a city council meeting in his Ohio town.

Early reports claimed that during a February 7 meeting of the Yellow Springs, Ohio, town council, Chappelle objected to a plan to add low-income housing to a housing project.

Chapelle reportedly asked why the council was pursuing the housing plan “while it kicks out a $65 million-a-year company” — supposedly a reference to Chappelle’s company, Iron Table Holdings LLC, Breitbart News reported on Thursday.

“I cannot believe you would make me audition for you. You look like clowns,” Chappelle is seen saying in a video. “I am not bluffing. I will take it all off the table. That’s all. Thank you.”

Dave Chappelle showed up at a local council meeting and threatened to pull his business from the town if they built an affordable housing development.

He wasn’t even trying to block the whole development—just the affordable units. pic.twitter.com/ST5v7AuQ6G

But now, Chappelle’s spokesperson insists the comedian was not objecting to affordable housing at all.

“Neither Dave nor his neighbors are against affordable housing, however, they are against the poorly vetted, cookie-cutter, sprawl-style development deal which has little regard for the community, culture and infrastructure of the Village,” Sims continued.

The Yellow Spring council killed the development as presented. Instead of including duplexes, townhomes, and two acres of affordable housing, the project will only feature single-family homes.