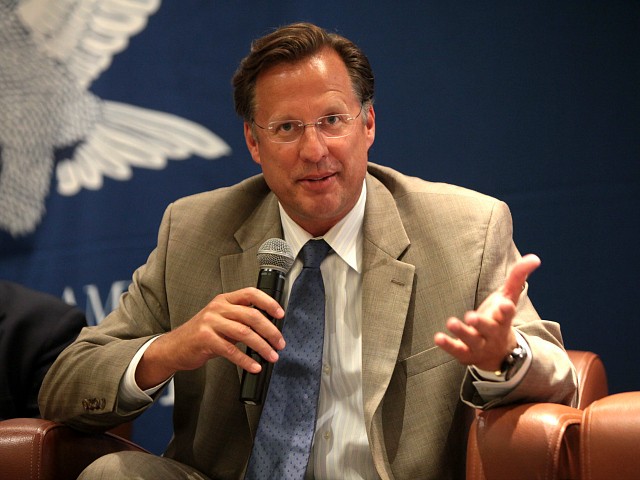 In an interview with SiriusXM Patriot’s Breitbart News Saturday, Brat told Breitbart News Political Editor Matt Boyle that the Democrats’ plan to abolish ICE would allow drug cartels at the U.S.-Mexico border to readily smuggle millions in lethal doses of drugs into the country.

“And who is ICE? That’s internal enforcement,” Brat continued. “Those are the guys who are protecting us from the 200 million lethal doses of fentanyl that have come across the border in just the last year. And then the heroin spike and the opioid piece is still not solved … all of that ties into human trafficking.”

“The Left is just off the rails,” Brat said.

Listen to the full interview here:

Ahead of the 2018 midterm elections, Democrats in the House and Senate have sought efforts to abolish ICE, which would mean an end to all interior immigration enforcement across the U.S.

Abolishing ICE would have allowed more than 980,000 pounds of narcotics into the country last year. The Democrats’ abolish ICE plan would have also allowed 2,370 pounds of fentanyl and 6,967 pounds of heroin into the U.S. in 2017.