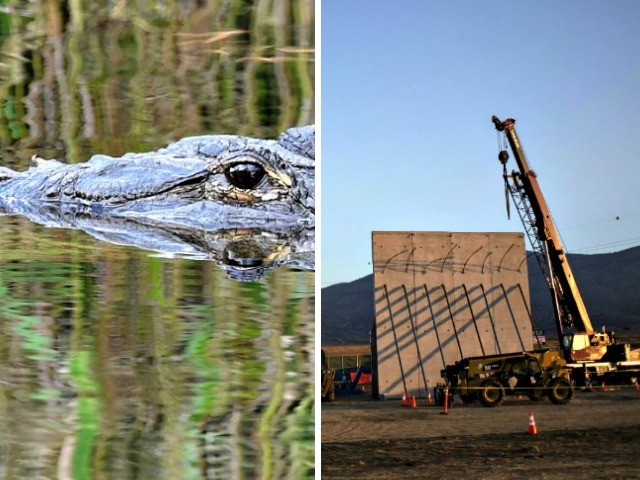 As President Trump signals that he will sign the $852 billion funding package, which expands spending for the Defense Department, Brat says the Republican and Democrat establishment supported measure is a repeat of  this year’s omnibus spending bill, which banned Trump from using federal dollars to build a wall on the border made from highly-effective prototypes.

“In March, I voted no on a massive spending package that contained unacceptably high spending levels,” Brat said in a statement. “I explained then that Republicans had called for spending to remain constant, except for an appropriate increase for defense spending to get our military rebuilt. But, in order to get nine Senate Democrats to agree to pass the bill, Congress increased spending over $400 billion. I could not support it when we were already over $21 trillion in debt.”

“Now, we are in a similar situation,” Brat continued. “Rather than go back and fix last year’s mistake, this bill locks in the $400 billion increase and actually increases spending on non-defense programs by another $1 billion. That is $10 billion more than the administration requested. This is unacceptable.”

President Trump may give away his political leverage on immigration this week as GOP leaders try to jam him on border wall funding and cheap-labor visa-worker programs.
https://t.co/2mqYcRmPBF via @BreitbartNews @JxhnBinder

Brat said he supports the pay raises for the troops that are included in the funding bill, but that the deal is, for the most part, “good for the swamp and bad for future generations who have to pay for it.”

“Even worse, Republicans ran on a promise to increase border security funding and building a wall, yet we still have not delivered on that promise,” Brat said. “It is time we do so.”

As Breitbart News reported, should Trump sign the military funding package, he will be giving up all that he crucially needs to secure full funds for the proposed border wall to stop illegal immigration into the U.S.

A separate spending bill for the Department of Homeland Security (DHS), which Trump’s administration has failed to exert influence over, includes $5 billion for a border wall, but that pot of money is tied to a series of cheap labor programs that are intended to block 2019 wage raises for Americans.