Former President Trump surged support among Hispanic communities in the 2020 presidential election, mostly thanks to first-time voters and those who are increasingly nonpartisan toward Republicans and Democrats.

The Equis Research analysis, published in Axios, looked at how, what, and why Hispanic support swayed in Trump’s favor in the last election. Most vital to Republicans looking to duplicate the trend in future elections, the research reveals that Trump’s support among Hispanics is mostly from first-time voters and those who are swing voters and thus not locked-in Republicans.

“The shifts appear to be among those with the lowest partisan formation. We know enough to say these look like true swing voters,” the research states:

Neither party should assume that a Hispanic voter who cast a ballot for Trump in 2020 is locked in as a Republican going forward. Nor can we assume this shift was exclusive to Trump and will revert back on its own.
[Emphasis added]

Trump was also able to add new, first-time voters in the Hispanic community to his coalition of about 75 million voters — the most of any Republican candidate in American history. The research states:

Trump appeared to make gains in the last year of his term among voters usually on the sidelines of politics… the Trump coalition of Hispanic voters, still dwarfed in size by the Democratic coalition, grew on the margins thanks to a combination of defections and new voters, with likely a greater number of the latter.

In multiple regions — like Miami, Florida; the Rio Grande Valley in Texas; and Paterson, New Jersey — Trump peeled off significant Hispanic support from Democrats with a populist message that sought to keep American workers in their jobs, protected from economic lockdowns as a result of the Chinese coronavirus crisis.

“Biden was acting like he wanted to do a complete shutdown. Trump wanted to reopen the states, return to normal,” one voter told Equis Research analysts in a focus group. 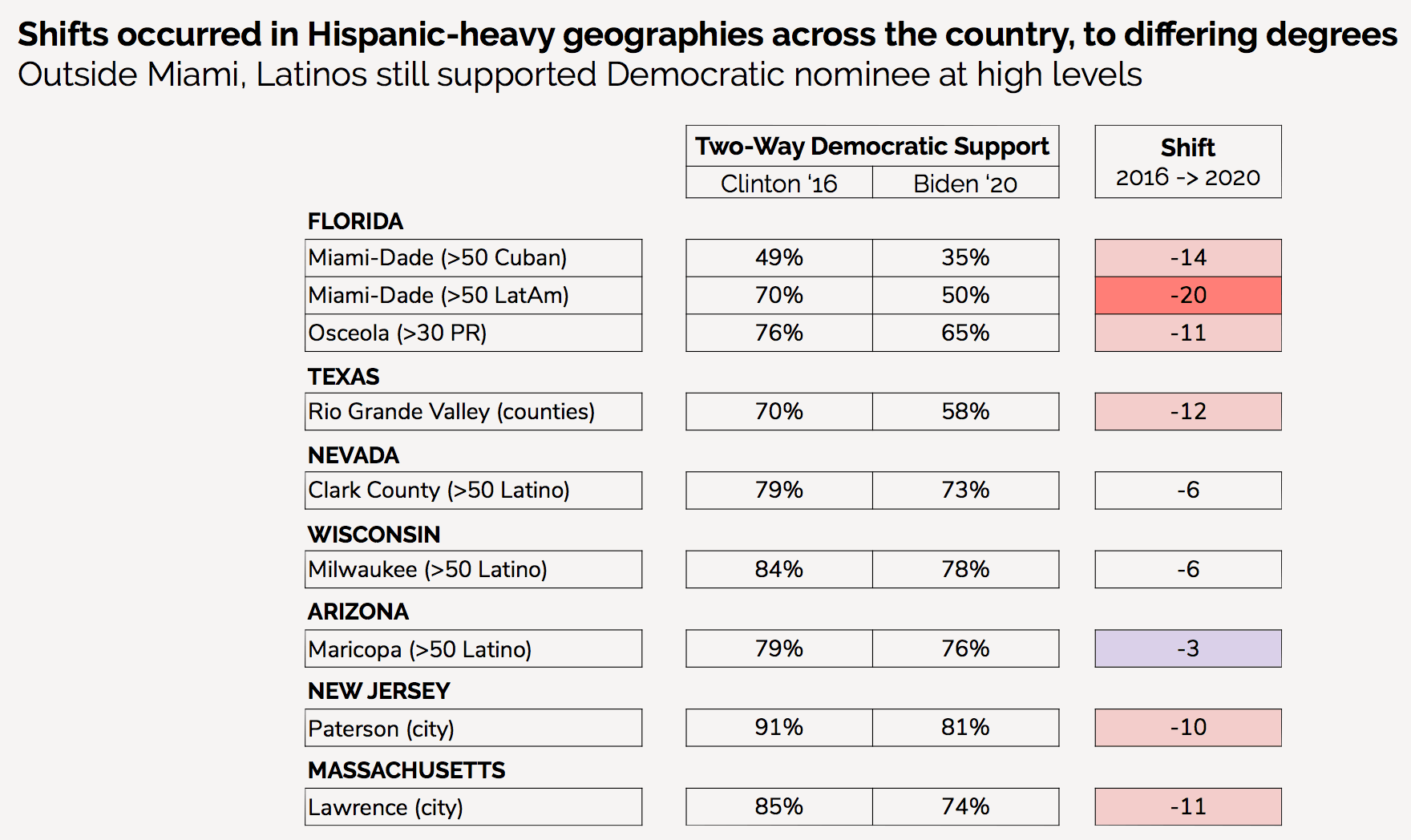 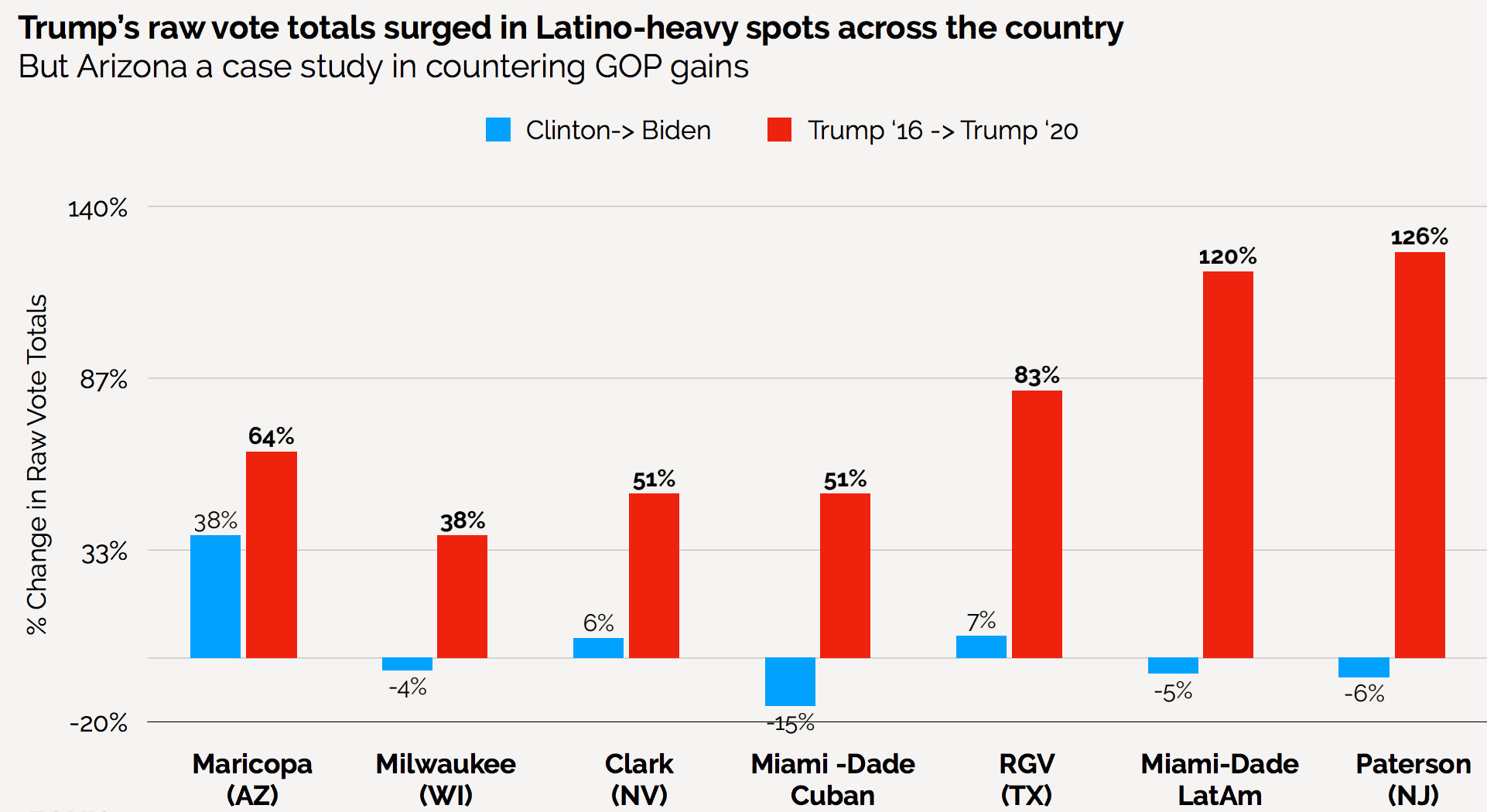 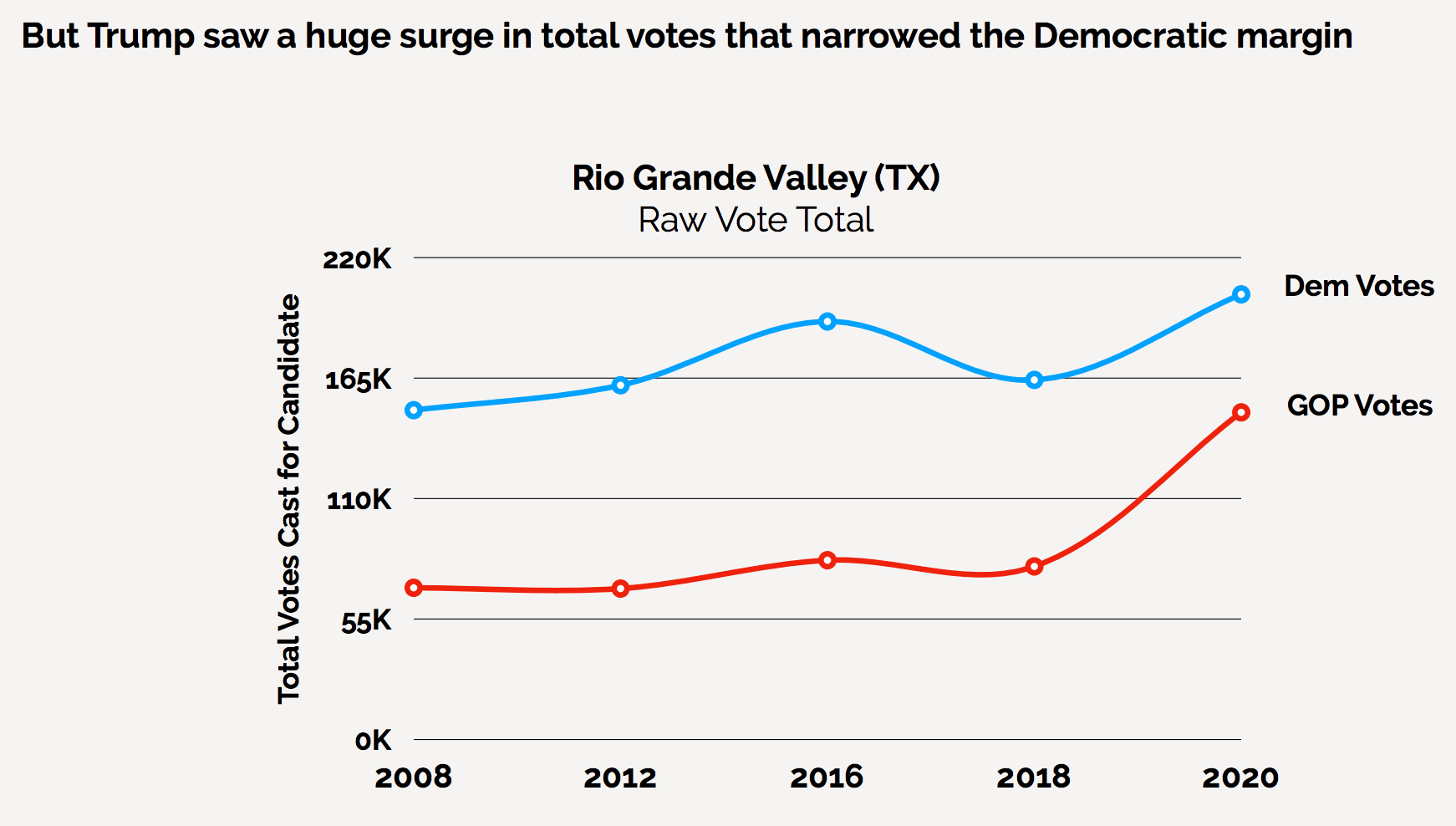 “[Voting for Trump] suited me because of my job,” a 31-year-old Amazon delivery driver in Wisconsin told analysts, noting he was a first-time Trump voter. “This year things have gone much better for me. The way he communicates made me hesitate. But I voted for him more for economic reasons.”

While Democrats’ messaging in 2018 surrounding Trump’s “Zero Tolerance Policy” proved effective, though court records show the federal government has long separated adult border crossers from the children they arrive with, the level of opposition to immigration restrictionism as a reason to support Democrats has dropped significantly among Hispanic voters since 2016.

“There are many Hispanics who voted for [Trump] because … for example, Obama talked about immigration and didn’t do anything. He says, he promises, and he didn’t act,” a 42-year-old Peruvian-born Hispanic woman told analysts. She was a first-time Trump voter in 2020.

“Meanwhile, Trump didn’t say and he didn’t promise and he didn’t act,” she said. “It’s what many people didn’t like about him, he says things clearly and directly. Unlike other presidents who talked and didn’t act.”

The research once again affirms a nationalist-populist message, with a fierce pro-law enforcement streak, resonating with non-college educated voters – particularly those who identify as conservative. 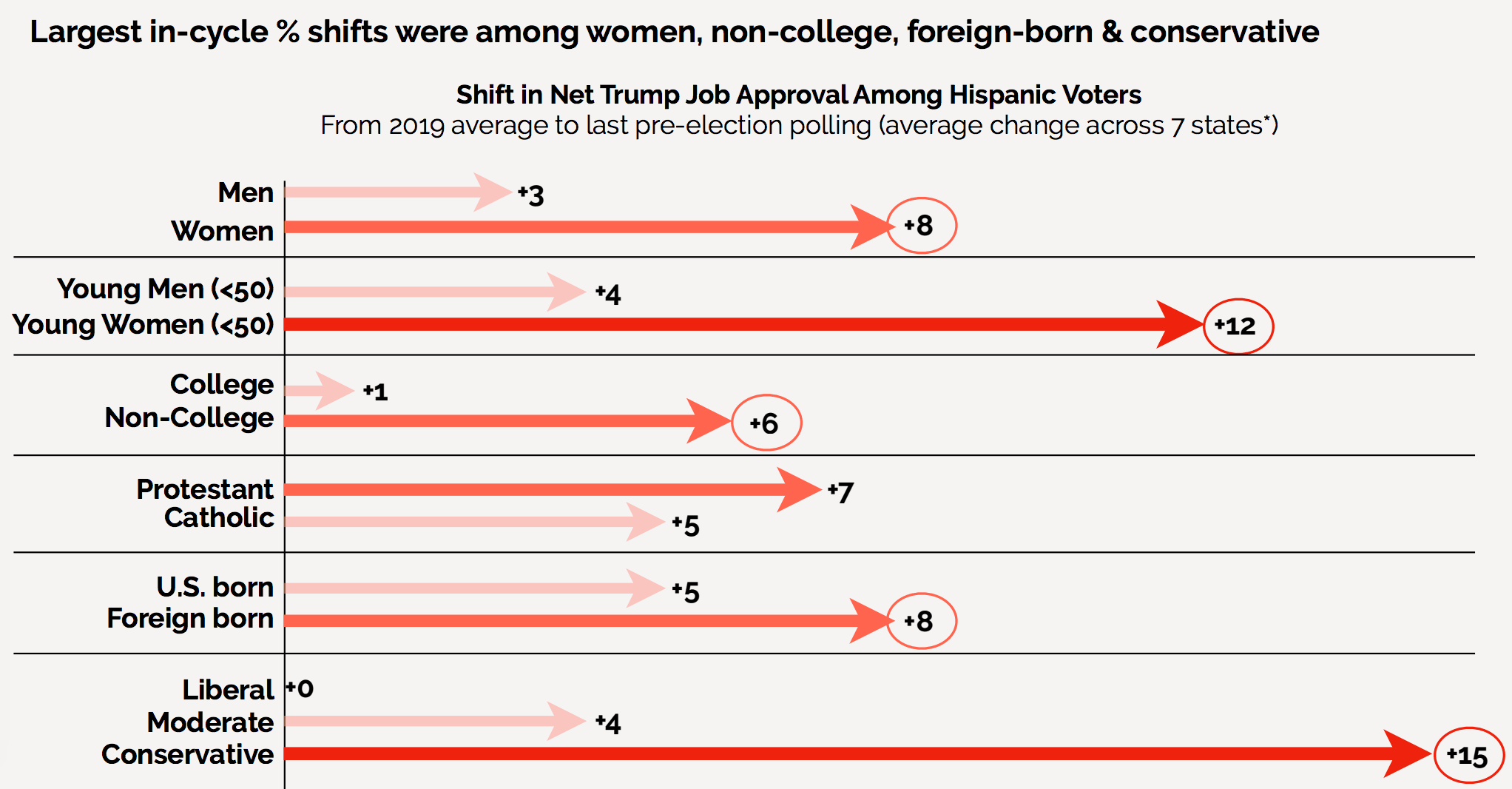 Specifically, a memo by Banks writes that the GOP must tackle issues facing their working class, middle class coalition of constituents — such as crackdowns on immigration, job-outsourcing trade, the powers of Big Tech, woke corporate interests, and “Main Street vs. Wall Street.”

“President Trump gave the Republican Party a political gift: we are now the party supported by most working-class voters,” Banks writes. “The question is whether Republicans reject that gift or unwrap it and permanently become the Party of the Working Class.”

The resonance of a nationalist-populist message for Republicans can most be seen among Trump’s 2020 donors. The former president’s biggest donations came from Americans with the United States Military, the U.S. Marines, the New York Police Department, firefighters, manufacturing employees, construction workers, truckers, homemakers, electricians, farmers, and those on disability.