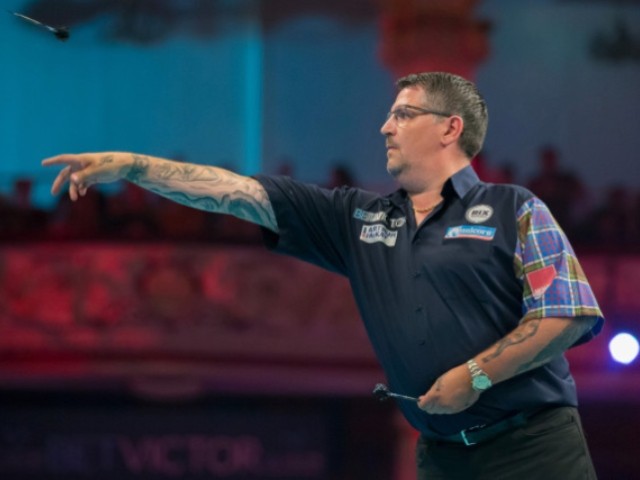 A Dutch dart player at England’s Grand Slam of Darts is accusing his opponent of making the game stink…literally…with the claim he caused a distraction by passing gas during the tournament.

Dutch player Wesley Harms raised a stink over the actions of opponent Gary Anderson of Scotland with Harms insisting that Anderson released a foul cloud that distracted him from his game, according to the New York Post.

Ever taking the high road, the British press has labeled the situation “Fartgate.”

“It’ll take me two nights to lose this smell from my nose,” the Dutchman told the media.

“Every time I walked past there was a waft of rotten eggs, so that’s why I was thinking it was him,” Harms exclaimed. “It was bad. It was a stink, then he started to play better, and I thought he must have needed to get some wind out.”

Anderson, who won the match 10-2, has admitted to farting on the firing line in the past, but this time he fully denied the odiferous emanation.

“If the boy thinks I’ve farted, he’s 1,010 percent wrong,” said Anderson told the media. “I swear on my children’s lives that it was not my fault. I had a bad stomach once on stage before and admitted it. So I’m not going to lie about farting on stage.”

The number four ranked dart player went on to give reporters one bit of information too much saying, “Usually if I fart on stage, I s**t myself, I’ve told you that before.”

This is far from the first time Anderson’s wind habit has been a topic of discussion in the world of professional darts.

Gary Anderson and Wesley Harms have denied accusations of farting on stage at the Grand Slam of Darts last night.

However, your Honour, I’d like to draw your attention to 1:24 of this video. Anderson has previous. A serial farter, your Honour. pic.twitter.com/iK1RZsqR3t

For his part, Professional Darts Corporation chief Barry Hearn has promised to get to the bottom of the matter.