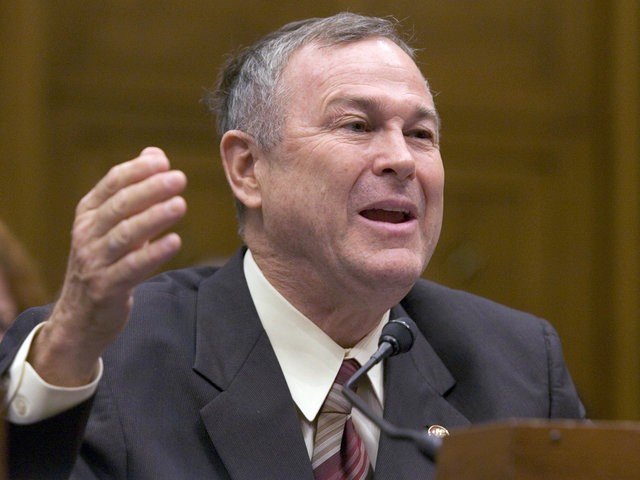 Rohrabacher told House he was glad to see Obama campaign for his opponent last week, as the president was not popular in his congressional district.

“We are so darn lucky to not have him as president anymore,” Rohrabacher said. “He took the country so far to the left.” He pointed to many of the serious challenges facing the country now and said, “Thank God we have President Trump trying to take us back to supporting those people overseas who are friends rather than our enemies.”

House asked Rohrabacher to explain why he thinks his opponent should not be elected. He replied that Democrat opponent Harley Rouda’s views are not consistent with those in his district or the country. “The Democrat Party’s gone so far to the left,” he said, adding that Orange County is not.

Rouda is for Medicare for all, including illegal immigrants, said Rohrabacher. He said once people learn that his opponent is so far left, they will vote for Rouda.

The congressman said there is a decrease in the standard of living in areas of California. He then said he thinks voters will side with “sanity” rather than a hate-filled contingent calling people “racist” or “evil” for disagreeing with them.

House brought up Rohrabacher’s longstanding fight against giving illegal immigrants the benefits of American taxpayers. He spoke of his work with Barbara Coe to develop proposition 187. He does not believe mass deportations of illegal immigrants is necessary if they stop providing government benefits and jobs to those illegally present in the U.S.

Rep. Rohrabacher provided perspective from his more than seven years in the Reagan administration. “Ronald Reagan, people like to think he wasn’t beat up and kicked in the face by the news media, but he was. The liberal press was after him too,” asserted Rohrabacher. He said Reagan also faced disloyalty problems with top-level administration officials leaking information to make Reagan look bad and undermine the president’s goals. “This isn’t anything new, but it’s a hard thing to deal with,” Rohrabacher added.

Rohrabacher told the story of working with others in the speechwriting department to smuggle to Reagan a version of the Berlin speech telling Gorbachev to tear down the Berlin wall. He said the small group had to smuggle the speech to Reagan because none of the senior staff would allow him to see any version of the speech containing the now famous “tear down this wall” line. Rohrabacher and the group wanted to let Reagan decide if he should include the line. “Thank God we succeeded,” he said.